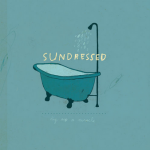 Is it just me? Or has Sundressed really been picking up their game? I seem to like each new single more than I liked the last one. “The Dirt” – the latest single from the band – is no exception. It’s probably my favorite Sundressed track. Ever. I can’t wait to hear the new album and, thankfully, I won’t have to wait much longer. The new EP drops on April 7th. Until then, listen to “The Dirt” here. 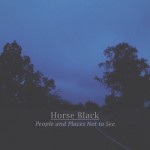 The first single from Horse Black’s forthcoming EP is here and it is awesome. If “Popsicles” is any reasonable indication of what’s to be expected from People and Places Not to See (due out 4/3/15) then I can say we’re in for one heck of a release. Clocking in at over six minutes, “Popsicles” is not the summertime jam the name might suggest. This is a brooding track that mixes indierock with darker post-punk elements. Listen to “Popsicles” from Tucson’s Horse Black here. Do it. Do it now. 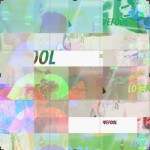 San Francisco’s No Vacation achieves a super cool symbiosis of indie and dreampop in their new single “Lovefool”. The song has a touch of the lounge-style singing for that hip and sultry flair that really marks No Vacation as a band you want to hear. Lana del Rey and Feist have nothing on No Vacation. Listen to “Lovefool” here and make sure you hang around to hear “Beach Bummer” which was released last month. 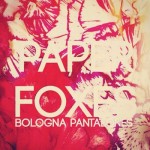 I’m all about this new track from Paper Foxes and have ostensibly had it on replay for an unhealthy amount of time. Once you get into the gritty rock of “Bologna Pantalones”, you’ll definitely know what I’m talking about. This song begs for the replay button. Lively and fierce, Paper Foxes really deliver the rocknroll on this one. Listen to “Bologna Pantalones” here and make sure you catch this band live. You’ll get your chance on April 4th when Paper Foxes will be releasing their new CD! 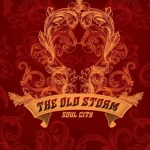