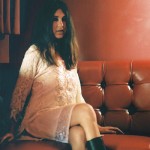 Tucson songbird Louise Le Hir is getting ready to release her debut solo album and is offering up a sneak preview for fans. “Lake Eerie” is one of two tracks available for your listening pleasure from the forthcoming album. Louise Le Hir has an Americana tilt to her lounge-style pop. I hear Go-Go boots when I hear “Lake Eerie”. Give the track a listen here and stick around for “Cosmic Love Song #23”. 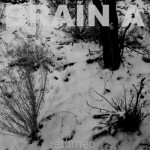 This track from Tempe’s Brain A will have you drifting in a temperate fog that soothes both the ears and soul. My only issue? The track is too short. I want more. We need more! Well, after to you listen to “Returned” here, you can always delve further into the artist’s online catelogue. But there’s something about this latest track that really resonates with me. I’ll be keeping an eye on future endeavors from Brain A. 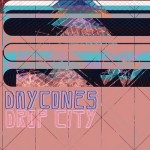 The musician known as Daycones creates a psychedelic sound with just the right amount on drone for a postmodern effect. Daycones has had quite the productive year since his arrival in Tucson. “Drop City” is the latest single from the artist who just released a full-length album last November. Despite Daycones darker tonality, there is some levity that comes through in the music. Listen to “Drop City” here.

Dirt Moon makes the type of music I would call hard-acoustic-rock. As a child of the 90s, I would most definitely like to hear more bands pushing the emotive side without going all emo and that’s just what you get with Dirt Moon. “Palinopsia” is mellow without being soft. It’s both powerful and restrained. Let’s hope this single means there is a new album on the horizon from Dirt Moon. Check out the video for the single here! 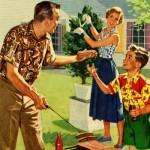 The Lone Wolfs offered up the ambient indie track “Goals” just two short months after releasing The Bummer Summer EP. Another musical endeavor of the very talented Drew Dunlap (see Northern Hustle and Drew Is Dead), The Lone Wolfs don’t really have a stationary style and seems to be really more of a songwriting outlet rather than packaged product. Listen to “Goals” here and stick around for some kitschy campfire fun with “Scary Books”.