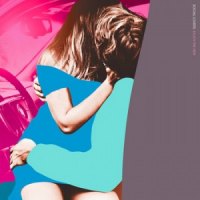 The Phoenix act known as the Social Lovers released Enjoy the Ride on vinyl through Cherries Records outta Chicago and already the album is sold-out. Before you get too flustered, know that you can still get your internet hands on a digital copy. The lounge-style electronica makes for some funk-infused synthpop on this 6-track release. Opening with “Baby Tonight”, the tracks move almost seamlessly into one another, making for a mellow and ultra-cool listening experience. Songs like “Cosmic Eyes” and the title track shows the band’s sultry, get-down stylings while the ocean effects on “Lover’s Theme” also reveals there is no need to worry that this band is unintentionally crossing into corny. Each step is very intentional and thoughtfully executed. Give Enjoy the Ride a listen here. 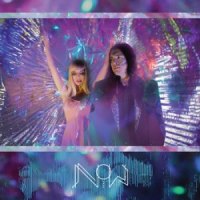 The Austin musicians known as the Technicolor Hearts construct a darkly-hued synth sound that might fall more to the psychedelia side of the dreampop spectrum, fusing electronica with stringed instrumentals of the physical realm for some interesting effects. At eight tracks, Now We’re Here marks the awaited follow-up to 2013’s Under The Big Blue Umbrella Sky. The band seems to have come a considerable distance since their last release. The newer songs have a much fuller orchestral feeling as well as greater fluidity within the tracks. Still, I think Now We’re Here might make for better background music at your next gallery opening than an album requiring the focus of singular attention. Decide for yourself. Check out Now We’re Here from Technicolor Hearts right here. 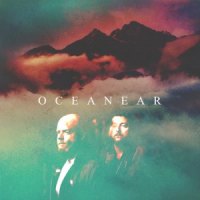 Combining the efforts of Eric Roberston and Scott Shepard, Oceanear from Provo, UT takes a different (and darker) approach to create their own brand of synthpop. Oceanear, the duo’s self-titled debut, possesses a gently moving sound that swells and diminishes in a way that reminds me, not surprisingly, of the sea. The album opens with “Woke Underwater”, to continue our ongoing ocean theme. The track titles, like “Universe” and “Infinite”, had me expecting a collection that was more meditative, but I was pleasantly surprised with the mellow pop pacing of Oceanear. “Sunburn” featuring Mindy Gledhill and “Good Camera” are personal favorites, but overall the whole of Oceanear is worth the listen. Recorded at Pleasant Pictures Studios, give Oceanear a listen here. 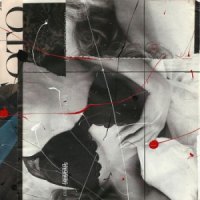 Mitchell Keaney composes and performs some truly interesting electronic collections under the moniker Waytansea Point. It was earlier this year that he released Many Era: a hefty, nine-track album available on cassette through Snorin’ Desert, a local tape label. The release party, however, takes place this week on April 3rd at Double Nickels Collective (more info here). Many Era moves gently through strangely creatured soundscapes, a Wonderland experience for meditative intelligentsia. The music of Waytansea Point is better suited to a gallery setting than a dance club although some of the tracks push the limits of this assertion, like track “Everywhere I Live”, for example. Listen here and, if you’re super cool, I’d recommend getting your own copy of Many Era on cassette from Snorin’ Desert (or, even better, at the release show) while you still can.