Parliament might be gone but Rubber Brother Records is still going strong. It seems as if this year, the Tempe label is going beyond their rowdy roots to incorporate new styles and new locales into their collective discography. Here are three new tapes that I would suggest you get your grubby little hands on… 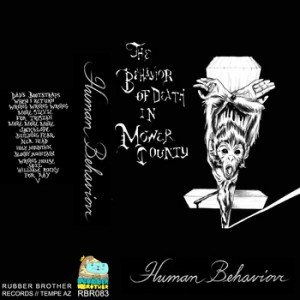 The Behavior of Death in Mower County

Tucson’s Human Behavior joined forces with Rubber Brother Records for a cassette re-release of The Behavior of Death in Mower County and I, for one, couldn’t be more thrilled for several reasons. First of all, I’ve been a HB fanatic since Golgotha crossed my path back in 2013 and this re-release has introduced this early album to me for the first time. The Behavior of Death in Mower County is a gem of an album. Cryptic and strangely alluring, the music of Human Behavior has always resonated with a painful honesty, something overexposed wanting to return to the obscuring dark. Songs like “More Stevie” and “Building Fear” will rip out your heart while twisting your view of the world until everything is a little more threatening and a little more beautiful.  According to the band, “The album was recorded over the fall/winter of 2010 in the mushroom hell at grandma’s old house.” And, after listening to the album, you definitely get a sense of innocence and nostalgia bringing to mind not the warm, fuzzy memories of youth but those that shadowed our childhoods. Listen to The Behavior of Death in Mower County here and order your own copy on cassette before they run out (again). 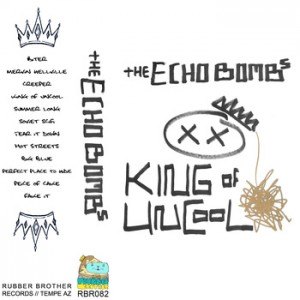 The Echo Bombs have been making the rounds on the local music scene (in various incarnations) for a few years now so we were extra excited when their released their first full-length recording through Rubber Brother Records in December. The album opens with “Biter”, a prime example of the fierce garage punk that has marked the band in live performances. “Creeper”, the first single from the album, is a fan (and personal) favorite, but I also dig the surf-infused “Tear It Down”. Even the mellow, meditative tracks like “Big Blue” have a dragged-through-the-dirt quality we like with our grunged-up rock. Sometimes, I find myself wishing for a bit more variation within the body of the album, but overall, King of Uncool is totally cool. What’s more, it was recorded with the famed Jalipaz of Audioconfusion in Mesa. At 12-tracks, you’re really getting some Echo Bombs bang for your buck. Preview and purchase King of Uncool here. And make sure you check out the band live sometime. These kids put on one heck of a show. 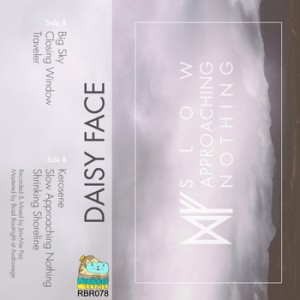 Daisy Face first caught our attention with the release of Dirt, their debut EP released in Spring of 2013. The Phoenix 4-piece creates a dissonant brand of garage rock that will feed that angst-ridden core of many a young heart. Dirt had a cleaner sound that the music heard on Slow Approaching Nothing. I had been hoping the band would go further down the shoegaze path, but the latest release has a bit more of a alt-rock feel than their previous work. That being said, Slow Approaching Nothing is a cassette for the collection with six tracks that have a little more head-banging than shoegazing at times, like on “Kerosene” and the title track. Songs like “Whale”, however, cast my whole theory to shame by going for some serious drone. Listen to Slow Approaching Nothing here and score your own copy on cassette. Word has it, Daisy Face is working on some new material for a split release with Treehouses. And get ready to mark your calendars because Daisy Face is playing at The Nile Theatre in Mesa on April 21st. This is a band worth catching live.