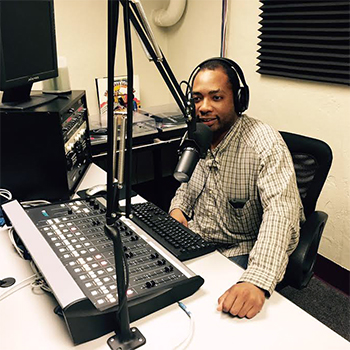 1. Who are you and what do you do?
I’m Kaja Brown and I am a co-founder of the local 501(c)(3) organization, Arizona Community Media Foundation (AzCMF for short). AzCMF is working towards a long-term goal of developing a sustainable over-the-air community media system to serve the Valley. We currently operate Radio Phoenix, an online community radio station that launched on Halloween night in 2008. I am Radio Phoenix’s General Manager, Program Director, and RPM (aka Electronic & Dance) Music Director.

I got my start working in media as a freshman at Rutgers University in central New Jersey. During my time at Rutgers I gained a lot of valuable business, production, and on-air hosting experience, which has led to great opportunities at radio and television stations around the country.

I am inspired by humble, hard working people who strive to make their community a better place than what they inherited.

I like Arizona’s quasi-libertarian spirit. I appreciate the fact that we can vote on nearly everything (although it may not always be very productive in the end). I also appreciate that there are lots of opportunities to grow and experiment that may not be available in places with more mature histories, such as New York or California. 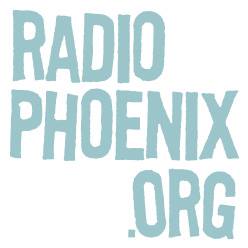 You can “see” or hear my work online at radiophoenix.org and via our Mixcloud page, where podcasts are available. I am a producer for our weekly arts and culture program “The Bungalow Show” (Fridays 7pm to 9pm), and host my own music specialty show called “HipRawk Nation” (Saturdays 7pm to 9pm). I also serve as the executive producer for one of Radio Phoenix’s nationally syndicated music shows called “Soul Deluxe”, hosted by local mix DJ Byron Fenix (heard on Radio Phoenix on Friday nights from 9pm to 11pm).

I’d like to use media as a tool to change the national perception of Phoenix. Most people outside of Arizona think that Phoenix is a backwards, hostile place, void of any culture or contributions to the rest of the United States. In other major cities, such as Austin and New York, community media is often used as a way to provide a voice for the culture of those communities. Radio Phoenix strives to become that voice for Phoenix.

“We are One”. As long as we all realize that we are ultimately interconnected to one another, we’ll be able to grow and improve.