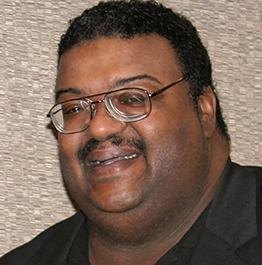 Are you like me? Do you tune into jazz on 91.5 KJZZ late at night and reflect on the day behind you whilst also preparing for the tasks of the next? Maybe you just like to sit and mellow, letting the music wash over you. For over the past 10 years I’ve been listening to Paul Anderson deliver some of the finest jazz the radio waves had to air and, although I did not know him personally, I’m deeply saddened to say that he passed away unexpectedly on January 20 from complications related to recent surgery.

Hailing from Central Islip, New York, Paul started his jazz career with his first summer job playing standards to patients at Central Islip State Mental Hospital. Graduating from the Studio Music and Jazz Program at the University of Miami, he was a saxophonist, composer, and producer who had been working in the Valley jazz scene since 1992. In 2002, Paul joined KJZZ as an on-air host. I had just recently moved here then and loved listening to him along with hosts Blaise Lantana and Michele Robins. Still do.

Paul Anderson inspired a new generation of jazz listeners, myself included. This weekend, the community touched by Paul’s lifelong committment to music will gather to recognize his life and work. The Nash has scheduled a Memorial Celebration for Paul where local jazz artists will play in his honor and celebrate his passion for jazz from 2-5 PM on Sunday, February 8.

I can still hear Paul’s voice and timbre in my head and I will dearly miss it.