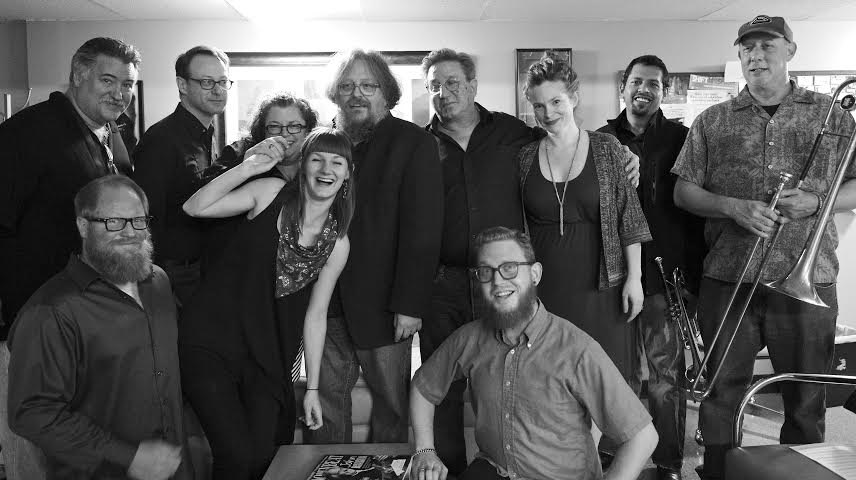 I remember it was several years ago now that I wandered into the Yucca Tap Room in the hope that they might have something going on that I would want to see. I was greeted by a gently wafting island breeze of sound. It was the find of finds; the show to legitimate a thousand other nights I had walked into some random bar offering live music to walk out without the satisfaction of grand discovery. Jon Rauhouse was performing with his assembled orchestra that night, a night that will remain burned into my musical memory for years.

Jon “Orchid Fingers” Rauhouse began playing the banjo in 1977 at the age of 19 and later added pedal steel to his repertoire as a multi-instrumentalist. He’s worked with such bands as Grievous Angels and Sleepwalker in addition to touring with other acts including Neko Case, The Waco Brothers, John Langford, and several others.

But it is Rauhouse’s own musical endeavors that really have my attention. Largely instrumental, his music combines sun-kissed seas and sun-baked earth. Every performance makes for a truly memorable moment, especially for you authentic music aficionados out there. Those of us who count Arizona as our stomping grounds are lucky in this regard because Rauhouse can usually be counted on for a hometown show when he passes through.

This week, in fact, the Jon Rauhouse Orchestra has two shows slated for the Phoenix area. The first happens this Tuesday at the Professional Musicians of AZ local 586 Union Hall located at 1202 East Oak St Phoenix, AZ 85006. Show starts at 7:30 and admission is free (but donations are accepted). There will also be a stripped down performance at Cibo in the Carriage House at 8pm on Wednesday (603 N. 5th ave Phoenix, AZ 85003).