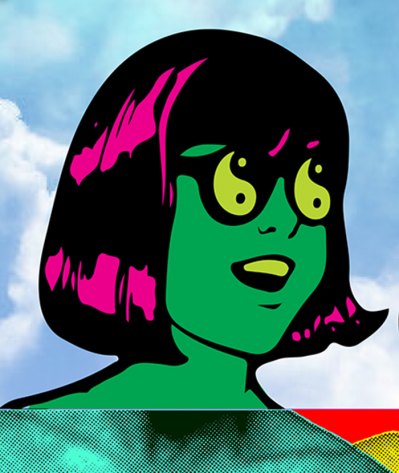 Just when I think I’m starting to get a handle on what’s going on in Tucson, Topaz releases another Dune Drift compilation to remind me just how not cool I am. Okay, I get it. One must live in Tucson to truly experience Tucson, but with the help of the folks over at Topaz at least we can enjoy a sampling of the wonderful artsy strangeness that sits at the forefront of this city to the South. Dune Drift III features a total of fourteen artists from Tucson including longtime favorites like Algae & Tentacles and Lenguas Largas as well as some artists that I am just being introduced to like JRM and Butterscotch Cathedral.

The collection opens with Babat Duag and the Spanish track “Manatial de Huesos”, a beautiful number that left me with visions of the desert at night. From there, we enter into the strange, distortion-heavy workings of Algae & Tentacles. The tone shifts once again as the album moves into JRM’s lively track, “Save Your Sorries”. Tucson is many things and eclectic is definitely one of them. Dune Drift III goes a long way to show you just how eclectic Tucson can be.

Next we have AZ77, a three-piece from Oracle, followed by surf-rockers The Boogienauts and their song “Point of No Return”. The Butterscotch Cathedral provides one of my favorite tracks next by combining retro pop infused with a strong hint of psychedelia. Best Dog Award, who released a cassette through Tempe’s Rubber Brother Records last year, follows with “Successful”.

Singer-songwriter Ryan Chavira offers up the instrumental “Monsoon Swooning” followed by Hibris and their song “Dodging Cars and Streetlamps” which also appears on the band’s demo which just came out in December of 2014. Altrice, the next artist, is another one that was introduced to me during previous Dune Drift comps. After listening to “Pug Step (whiney)”, I had to delve into some of Altrice’s additional online offerings of original songs and remixes available through Soundcloud (here).

Of course, I’m a huge fan of Lenguas Largas and was thrilled to see their Dune Drift inclusion for the third time, but it was the next song by Jess Matsen that really struck a chord with me this time around. “Coward Island” by Matsen has some stiff competition for the title of “favorite” track on Dune Drift III.

Wight Lhite makes their first Topaz compilation appearance with their song “Counting Diamonds” that I first heard on Beyond the Sattellites release through San Francisco’s Paisley Shirt Records late last year. The post-punk outfit Secret Highway Secrets was another new act to make their Dune Drift debut on this third installment. Closing Dune Drift III, we find Topaz favorite, Prom Body, with a live rendition of “Strawburied Alive” recorded at Topaz itself.

The compilation is avaialbe on cassette or CD, in addition to digitally downloadable, depending on your preferred medium. Dune Drift III, like its predecessors, is an album you want to have in your collection. Not only does Topaz do a wonderful job of seeking out some of Tucson’s most avant-garde acts, but they also put considerable thought into the album’s song order so that the complete work sounds like a cohesive unit rather than a bunch of tracks carelessly assembled. Give it a listen (and get your copy) here.