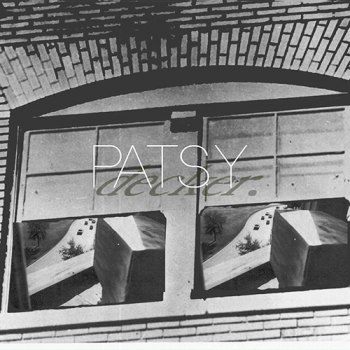 It was just about two years ago when the band decker. released Slider, a truly memorable record that took our award for “Album of the Year” in 2013. Since then, Brandon Decker (ringmaster at decker.) has been hard at work carefully crafting new songs while maintaining a heavy performance schedule. The result of those efforts is Patsy, an album that has already proven itself to be one of the most anticipated releasesof the year with several publications releasing advanced previews to create a level of hype we don’t often see for local releases.

The eventuality of all that anticipation will be confronted head-on as decker. launches his four-city homestate album release extravaganza over the next two weekends beginning in Tucson on Friday at Club Congress before heading to Phoenix for the Saturday release show at Last Exit Live. The fun doesn’t stop there. decker. has two shows the following weekend, one in Flagstaff and one in Cottonwood, just to make sure everyone in the state has ample opportunity to attend. And everyone should. Patsy is one hell of an album.

After a short intro, the record kicks off with “O.D.B.” – a preemptive single from the band that captured our attention last year and even made our Top 10 Singles of 2014. “O.D.B.” has a levity that offsets the darker tones found in the remaining tracks. Decker has always held a strong connection to gospel in his thoughtful approach to folk and the same can be said for Patsy. As the songs move forward and the title track begins, one can hear that Decker has succeeded in alligning that spiritual bond with an earthly core to achieve an album that is soulful, strikingly beautiful, and, at times, painfully self-reflective.

“Patsy” has come up swinging to supplant “O.D.B.”. It has a gentle desperation that slowly engulfs the listener. This feeling carries through in songs like “Esther Moffett” and “O’Death”. The song “Cellars” makes an appearance on Patsy as well. Fans will remember this track as a live favorite of the band that was originally released as a single. I almost prefer “Cellars” in the context of Patsy than I did before. It’s a meandering track and yet powerfully dynamic, clocking at roughly nine and a half minutes, and somehow it fits into the whole of Patsy like a chapter in a novel.

The album flows seamlessly together, creating moments of dreaminess as songs transition from one to the other. This is a band that has a strong sense of performance. Not suprising considering decker. (in its various incarnations) has performed at more than a hundred shows annually for half a decade now. And in that time, Brandon has developed a working relationship with some of the state’s finest musicians, many of whom appear on Patsy (which counts a total of 21 players).

Following the whirlwind of AZ-show dates to celebrate the release of Patsy, decker. will be heading out on a 40+ date national tour. So make sure you head out to the release show this weekend (or next, depending on where you are located) or you might be stuck waiting until the flipside of the tour to catch the band live again!

Head over to the decker. website here for tour dates, early album-purchasing options, and previews of Patsy. And, just for fun, we included the first music video from the album from decker., “O.D.B.”, directed by Matty Steinkamp of Sundawg Media.