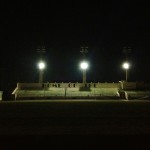 There is Danger is definitely a staff favorite here at YabYum. It’s really not surprising once you give the band a listen. The music is orchestral and the lyricism subtle while There is Danger creates a dream-pop transcendentalism that will sweep you away. “Youth” is the first single we’ve heard from the band since their 2013 debut, Living Dreams. We’re hoping the new song bodes well for a new album on the not-too-distant horizon. “Youth” offers a dreamy nostalgic view of the past through the reflective lens of the present. And, at over six minutes, “Youth” is definitely a song to get lost in for a few minutes when you find yourself in need of some sensory deprivation. Give the song a listen here. 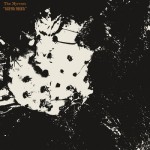 The dark and mystical sound of The Myrrors has enchanted local listeners for years, but I was a little late catching on I’m ashamed to admit. Their 2013 album, Solar Collector, slipped right by me, but not this time. I am counting down the days until the March release of Arena Negra. A couple of the songs, including the haunting track “Juanito Laguna Duerme Con Los Grillos”, are available for preview. And, just a helpful hint, this is a release you want to pre-order. Already, one of the vinyl options have sold-out. Listen to “Juanito Laguna Duerme Con Los Grillos” here. Pre-order the full release through Beyond Beyond is Beyond Records (yes, that’s right) here. 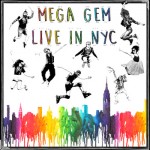 Denver’s Mega Gem went all the way to New York City to record an album live at Rockwood Music Hall in Manhattan, but I’m guessing they’d sound just as good in any town. The full album, Live in NYC, will be available later this month. Until then, you can enjoy an early sampling with the track “We Got Away”. Mega Gem self-identifies as “orchestral pop punk” and create a sound that would be a welcome fit amongst our own weird folk acts here in AZ. Listen for yourself here and pre-order the album while you’re there! 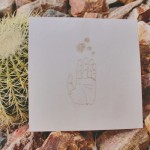 The lo-fi bedroom pop of Phoenix 4-piece Bear State achieves a dreamy mellow that we can totally get behind. “Cool Things” appears on the two-track single the band is releasing on 7inch later this month – on February 28th to be exact – through Moone Records. “Cool Things” is a meandering track that will have you nearing trance state. Make sure you stick around for “Dark Comedy”, the B-side to “Cool Things”, because it offers more of the shoegaze goodness that is Bear State. Listen here and get in your pre-order for the Cool Things b​/​w Dark Comedy 7″. You can also catch the band at this year’s VIVA PHX festival in downtown Phoenix on March 14th. Tickets available here. 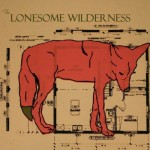 The Lonesome Wilderness manifests some of that southwestern psychedelia that I can’t seem to get enough of these days, but the band definitely makes the style their own by adding a bit of garage pop into the mix. The song combines a dusty desert feel with the ambiance of a dark and questionably-located dive bar. The Phoenix five-piece act recorded “Cigarettes” at Audioconfusion. Listen to “Cigarettes” here and head out to the Rogue Bar tomorrow night (Feb. 24th) to catch The Lonesome Wilderness live for yourself.