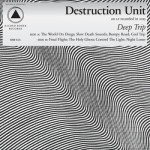 Destruction Unit is apparently a pretty popular act not just in the dusty reaches of our desert, but well beyond too. The single “Slow Death Sounds” recently became available online from the band’s 2013 recording Deep Trip. Aggressive and invasive, Destruction Unit does not make post-punk for the timid listener. You can hear “Slow Death Sounds” for yourself here and purchase the album while you’re there to hear the full track list. The band isn’t planning on playing any shows while they’re working on their next album, but they have one exception to that rule scheduled for Valentine’s Day. They’ll be playing with Las Fuegas, Cherie Cherie, and several others at the MonOrchid Gallery in Phoenix on that date (more info here). 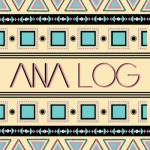 I was first introduced to the luscious musical stylings of Ana Log late last year when I heard their single “Lady Killer”. The new track “White Lies” pairs indie rock with some powerful vocals. Unfortunately, the recording quality doesn’t live up to the band’s musical capabilities. Keep in mind, these are early tracks recorded in Ana Log’s practice space. They are only intended as a sampling of what’s to come. I’m hoping we’ll find them in a recording studio sometime sooner rather than later. Listen to “White Lies” here. 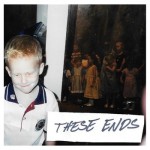 The Mesa act known as Adult Feelings released the single “These Ends” last December. The song is “about living with crippling debt and being bummed”, something I’m sure we can all relate to. “These Ends” represents a divergence from the band’s earlier work heard on Bad Feelings, a two-track single released in February of last year. The angst is the same but the energy got turned way up. Listen to “These Ends” from Adult Feelings here and peruse to the earlier tracks available to hear the transition. You can also put in your pre-order for the album from Really Rad Records here! 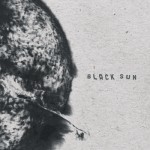 Grungy alt rock with a nod to shoegaze? Sounds like it might have been made for this town. Black Sun is a four-piece based out of Phoenix that only recently made their appearance on the local scene. “Otherwise” marks their first single. When you want to shake your fists at all the discontent in the world around, this track can definitely set the soundtrack to your angst. Get down with Black Sun and you can say you’ve been following them since the very first single. You can listen to “Otherwise” here. 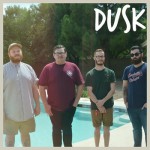 If ever you feel the hankering for some serious emo, Papertowns just might be the band for you. This Phoenix 5-piece isn’t afraid to get emotional, but they balance the potentially emasculating effects with some heavy rocking. Papertowns recently played a show at the Crescent Ballroom headlined by local emo frontrunners Sundressed and they’ve already got a SXSW gig lined up so keep an eye on this band. You can hear “Dusk” from Papertowns here.