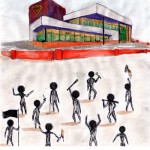 Probably Nothing, Possibly Everything

I’m a little obsessed with the folk punk of Pat The Bunny. The solo project of Ramshackle Glory’s singer/guitarist, Pat the Bunny brings introspective meanderings out with the aggressive passions that fostered them. Released last December, Probably Nothing, Possibly Everything offers ten tracks that acknowledge no boundary, be it genre or privacy of the artist. Picking a favorite track is nearly impossible. The album should be taken as a whole and listened to repeatedly. Pat The Bunny has quite the hectic tour schedule this year (available here) as he tours with acts like Moon Bandits, Ghost Mice, Sole, and others. You can expect some Arizona shows hopefully this spring. Until then, you can listen to (and purchase) Probably Nothing, Possibly Everything here. 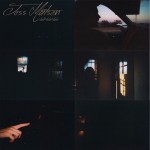 Signed to Commercial Appeal Records out of Tucson, Jess Matsen had already accumulated quite the body of work before joining ranks with the label. Tall Told Tale is the latest edition to his discography, an indie-folk album of unique beauty that should already be in regular rotation with all you folk afficiandos out there. We were already fans of Matsen through his participation in Dream Sick, another Tucson act. Matsen’s solo project is securing a whole new fan base for the artist. The songs found on Tall Told Tale are dreamy narrations that captivate the listener, combining vivid imagery with gently moving melodies. “Feels of Fall” and “Not the World” are two personal favorites from Tall Told Tale, but all the songs invite repeated listenings. Tracks like “Johns Jacket” and “Not All Deer’s” bend the limits of folk with an extra dose of upbeat indie. You can catch Jess Matsen live on Feb. 25th at Club Congress for those of you in Tucson (or those of us willing to make the drive). Until then, enjoy Tall Told Tale here. 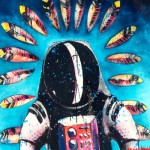 As the album begins with the track “Rainbow Trout”, I am immediately struck by the strange, dark beauty tinged with innocence in Michael David Little’s music. Cowboys and Indierocks came out in January of this year, the much-anticipated follow-up to 2013’s Laser Beam Prayers. By “Grain”, the second track, there is an undercurrent of darkness that starts to bleed through. The album oscillates from joyous to angst-ridden, expressing a range of emotions in the seventeen tracks found on Cowboys and Indierocks. Little, a visual artist as well as a musician, relies heavily on a images to transport metaphors to the listener. I almost prefer the stripped-down, despondent songs like “Stupid Dog” and “Silly Buttons” to the more uplifting moments found on the album. But maybe that’s just me. Listen to Cowboys and indierocks for yourself here.