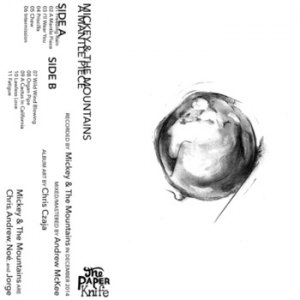 It was just about six months ago that Phoenix 4-piece Mickey & the Mountains released the single “Fatigue” which means six months of waiting for fans to get their hands on the rest of the album. A Mantle Piece dropped back in January at an event hosted by The Paper Knife, a local art collective that counts Mickey & the Mountains’ vocalist, Chris Czaja, amongst its ranks. The 10-track album is chalk full of angsty garage rock that gives a nod to both retro rocknroll and punk for a distortion-heavy musical experience. A Mantle Piece opens with the song “Freezing Rain” which stikes a unqiue balance between anxious and easy-going with its post-punk tinged rock. The title track follows suit while kicking up the nervous energy that fuels the album. A Mantle Piece has many permutations within an overarching and distinguishable style. Songs like “Lawless Love” embody that post-punk sound while “I’ll Wear You” pushes the boundaries of drone and rock. “Chew” and “Wild Wind Blowing” have more of an early pop feel intermingled pumped through the grimy Mickey & the Mountains’ vein. The album was recorded during December of last year by the band. I suggest you check out A Mantle Piece for yourself. Listen to (and purchase) the album here. And make sure you get out to see Mickey & the Mountains live. Once again, you won’t be sorry. 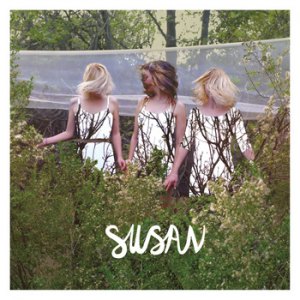 The power-pop trio out of L.A. known simply as Susan released Just Call It on 7″ through Volar Records last Fall, but we only recently stumbled across the band. Jessica Owen (guitar), Beth Borwell (bass), and Katie Fern (drums) create a scrappy sound that has a summertime feel. The 7″ kicks off with the title track, “Just Call It”. And, as with the tracks to follow, “Just Call It” is upbeat and catchy with a garage punk undercarriage. “Frenchie” adds an extra indiepop layer. Susan is masterful at creating interesting juxtapositions of attitude and delivery. A sugary sweet voice might sing, “I hope you die, I hope you die, I hope you die alone,” as we hear in “Pancake”, the third and final track on Just Call It. Burger Records released Just Call It on limited edition cassette tape so make sure you order and order quickly before they’re all snapped up. This is a band that is just getting started and I know I’m not alone when I say I can’t wait to hear more from Susan. Listen (and purchase) Just Call It here. 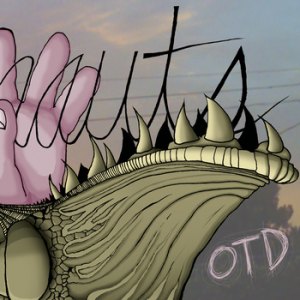 The Brothers Goodman (Billy and Dale) have been making music together as The Necronauts for fifteen years now. Their latest recording endeavor proves these Tempe musicians still have what it takes to lay out some relevant, innovative alt-rock. Released through High School Football Records, OTD opens with “Bingo Stampede”, a lively jam that arrives in a layer of garage fuzz. Throughout the album there is a pervasive sense of discontent that adds a gritty edge to the sound of The Necronauts. There are variations within. Songs like “Pissing on the Sun” and “Left at the Carnival” remind me of the early days of indie and bands like Pavement, but The Necronauts have definitely crafted their own (evolving) sound during their tenure. The album closes with “Bow Tie”, a spaced-out instrumental track that gives the listener pause to take in one last musical flex from the talented players in The Necronauts. OTD is one of those albums that I seem to enjoy more every time I listen to it. Maybe that has something to do with the grungy sound that hearkens back to younger days, but I think it has more to do with the subtle intricacies of OTD. It just sort of sneaks up on you. Listen to (and download for free) OTD here.