Tucson’s Lenguas Largas released Come On In through L.A.’s Recess Records back in August. It was the perfect addition to our summer listening and we kept right on at it through the rest of the year. According to the band’s Facebook page, “[Lenguas Largas] hope to one day create a sound equal to the thundering ghostly stampede in the sky fronted by La Llorona and her plaintive wails.” I think they’re moving in the right direction. Preview tracks and get your own copy of Come On In here. 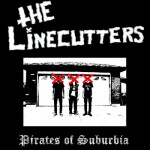 This album came out in June, but we didn’t catch on until later in the year. And that’s a damn shame because it means we missed months of blaring Pirates of Suburbia down at HQ. And that’s how you should listen to it: loud. “#Yolocaust” is an instant classic that continually invites fist-pumping and shouting when it comes around, on the album or at a show. The Linecutters out of Gilbert might be young, but they’re not green. Listen to Pirates of Suburbia here. And, you can read our original review here. 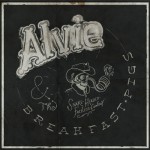 The four-track EP came out early in 2014, but it stayed with us throughout the rest of year. Combining bluesy rocknroll with punk for a sound more infused than purely fitted to the genre, Alvie & The Breakfast Pigs put their own spin on punk rather than re-hashing something we’ve already heard. Recorded at Bird Flu Kitchen Studios and featuring guest vocals by Kim Capria, Snake Headed Faceless Cowboy is a 2014 EP you should hear. Listen here. 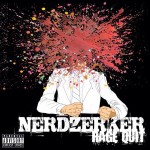 Combing humor, geek-culture, and driving, thrash-around punk rock, Phoenix’s Nerdzerker crafted an album that left us asking, “Why would God hate dinosaurs?” Rage Quit achieves both fun and feisty. That’s something we can get behind. Released through 56th Street Records, Rage Quit offers something to nerds and punkrockers alike: one heck of a debut album. Enjoy such new classics as “Jurassic Fart”, “Skyrim Song”, or “Magneto’s Manifesto” through Spotify here. 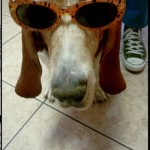 Although this was one of our favorite punk albums, we had to put this lower on the list because we’re at odds as to whether this is a 2014 or 2013 release. JJCnV put out an early edition of their album Big Success Journey on cassette through Rubber Brother Records in December of ’13, but the real release according to the band took place the following month in January of 2014. The album contains instant favorites like “Stomach Baby” and, of course, “Jet Pack”. This is a band you definitely want to see live, but you can first listen to their album here.