Revisiting the innovations of previous decades has always been the right of artist, but only by bringing a modern context to those early influences can one really create something memorable. In 2014, we’ve heard plenty of bands that seek to shape their sound from some retro rehashing, but the real gems were the bands that went for retro revamped. Here are our Top 3! 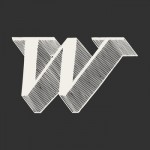 The Wavelengths evoke an early psychadelic sound that merges together with blues and rocknroll for a stellar mashup that sounds like the sixties with a healthy splash of modernity thrown in just to keep things interesting. Described by the band as an “Existential Surf Freakout”, a description I find very appropro, the band has fleshed out into a five-piece since the recording of their self-titled debut EP. The current cast features Cody Inglis (Vocals, Bass), Evan Bisbee (Vocals, Keys), Zack Parker (Vocals, Guitar), Max Greenwald (Guitar), and Isaac Parker (Drums). Listen to The Wavelengths by The Wavelengths here. Word from the band is that more recordings can be expected in 2015. Let’s all be excited about that. 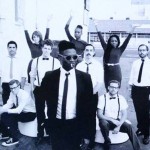 Organs, soulful singing, and do-wop girls harken back to earlier days of rocknroll. Samuel L Cool J, a large band with a singular name, released their much-anticipated cassette through Rubber Brother Records back in March. Vol 1 gets as close to a Motown feel as you can find in the Sonoran Desert. You can listen to (and pruchase) Vol 1  from RBR here. I also recommend checking out the single “Slip and Slide” from Samuel L Cool J here. We’re on the watch for new music from this band now that they’re signed to Common Wall Media. 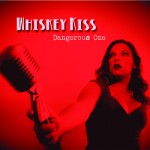 Husband and wife team, Nikki and Nick White (how cute is that??), are joined by Tommy Collins, Wes Hinshaw, and Bruce Legge to form the 50s-refurbished rock. Of the three albums that made our list, Whiskey Kiss has the most traditional sound with a solid rockabilly core. But, as you listen, Dangerous One infuses several varying styles to cover an expanse of styles from the 40s and 50s with a splash of contemporary sass as vocalist Nikki White goes from kittenish to wailing on the album. Listen to Dangerous One  from Whiskey Kiss here. To read more about Whiskey Kiss, check out Matt Marn’s “Spolight on the Valley” on the band here.