This past year was a big one for the resurrgence of psychedelia right here in the Valley. Several bands have taken to the meandering path of progressive rock and created mind-altering soundscapes that entrance their listeners. We wanted to take a moment to acknowledge some of psychedelic rock albums that excited our ears and captured our imagingations in 2014. 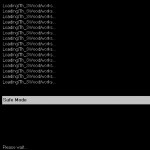 The Woodworks have become a favorite among the musicians that make their rounds on the local circuit. Their name often comes up when we ask musicians to talk about the bands that influence their own work. Combining the efforts of Solo (vocals, guitar), Stan (drums) and Steve (bass), The Woodworks formed a power trio that few can compete with.  To quote our review from earlier this year, “Solo’s vocals transition from barrel-chested blues-mama to airy, ethereal, and incorporeal and then back again in the course of the same song.” With most tracks topping the five-minute-mark, Safe Mode is a meaty musical project for true fans of the medium. No three-minute, hook-saturated ditties here. Listen to Safe Mode here. And make sure you get out to see The Woodworks live. 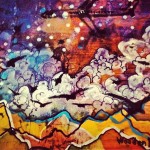 This past year was an exciting one for fans of Wooden Indian. In addition to the cassette tape re-issue of Color is Work through Rubber Brother Records, the band also released a collection of b-sides under the title moan info in August. With tracks like “easier stoned than done” and the single “savage grass”, it should be easy to understand why they’ve earned ranking amongst other psychedelic rock bands on our list. moan info is a notable album in its own right despite the tracks’ b-sides status. Wooden Indian is Ross Andrews, Wally Boudway, David Moroney, Greg Muller, and Alex Tighe, but the band is planning on expanding that roster this year. They’re also planning on releasing a full-length album in July through Jealous Butcher Records. Check out moan info (b-sides) here. 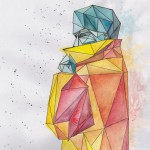 The Psychedelephants describe their sound as “Jazz Grunge” but there definitely seems to be a strong association with psychedelia that even carries through to the band’s chosen moniker. Featuring the combined talents of Paul Balazs (guitar/vocals), Calin Gross (guitar/lap steel slide), Mile Tippett (Bass), and Ari Leopold (drums), The Psychedelephants released their debut album – Asymmetrical Geometry – back in October. Since then, they’ve enjoyed quite a bit of air time down at YabYum HQ. “The Facade” still holds as one of my personal favorites, but “Little Lucy” has slowly crept up the ranks.