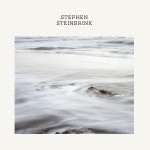 The melodic pop of Stephen Steinbrink is startling not only for its astonishing beauty, but for the way the music seems to effortlessly envelop the listener in an ocean of gentle sounds that bring on a sense of calm as it forces you down a path of serious introspection. Arranged Waves, his most recent masterpiece, proved less depressive than his previous album, I Drew a Picture, which served as an odd sort of tribute to Phoenix, Steinbrink’s home turf. But, unlike other artists, this shift in tonality does not in any way diminish the brilliance that lies therein. Listen to Arranged Waves for yourself here and offer a bit of hometown support to Stephen Steinbrink.

When I first wrote about Diners’ 2014 album, “Always Room”, I was swept away by the summery sound tinged with an innocence I would describe as youthful, but certainly not puerile. And therein lies some of the magic of Diners, that ability to hold onto a fresh perspective on life without succumbing to the world-weariness of adulthood. To steam (and purchase) “Always Room” from Diners head here. Also, you can read our full review of “Always Room”  from back in May here. 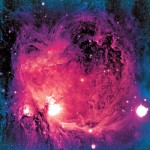 Fans of Future Love Past might remember the December 2013 preview of Our Solar System offered at the Crescent Ballroom wherein the band performed the album in its entirety. They then went into the studio to record Our Solar System which came on on cassette through Rubber Brother Records a few months later. Future Loves Past creates “effervescent space pop” that is certain to lift the spirit into the atmosphere’s upper reaches as you explore Our Solar System. Listen for yourself here and score your own cassette copy!