If you follow our coverage, you know we’re big supporters of Burning Palms out of Tucson. That’s because they make rad music: mysterious, mystical, ruckus. That’s how we like our rocknroll. Enjoy the video for “Pyramids” below and read more about the band in Bob Hanshaw’s Tucson Portrait on Burning Palms here.

Released on The Bluegrass Station on December 5th, decker.’s “ODB” quickly rose to become a favorite single from 2014. The single is an early preview of his 2015 album Patsy, set for release in February so get ready. The early streaming samplings have since been taken down, but we managed to turn up this video of decker. performing the track live “Under the Marquee”. Give it a listen. 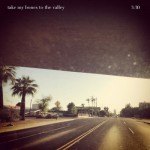 (3) “take my bones to the valley” by Perry Allen

Perry Allen released the single “take my bones to the valley” back in Spring of 2014 and the song has haunted us ever since. Indie with a deeply-rooted desert sound, we had high hopes for this new artist on our radar. Allen has since joined forces with other players to form The Foster Family Band. We should be expecting more music from this talented songwriter in 2015! Listen to “take my bones to the valley” here. 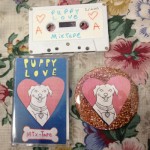 Last year, Rubber Brother Records released the eclectic Puppy Love Mixtape which featured the single “Close With You” from Phoenix’s Dogbreth. The track drips with warm sentiment and that embracing “powerkindness” that marks the band’s own brand of pop music. According to the band, Dogbreth has plans to release a single on a Plan-It-X Records’ compliation this month and they’re hard at work on their next LP! Until then, listen to “Close With You” here.

Katterwaul out of Tucson released the EP, Desert Kats, back in April, dropping the video for their single “No Free Meals” right about the same time. You might have rememebered reading about frontwoman Brittany Katter in Bob Hanshaw’s Tucson Portrait from last summer, available here. We’ve been hooked on Katterwaul ever since. Ultra hip and we know how Tucson does hip so very well. 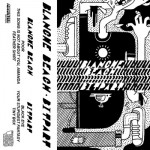 Blanche Beach released a split cassette with Bitpart with the single “Poor” included on the tape. The band then made a pretty rad music video for the song (which you can see here). Blanche Beach is gearing up for a 2015 release worth remembering and we can’t wait for what’s coming. You can listen to “Poor” here along with two other tracks Blanche Beach contributed to the Bitpart/Blanche Beach split cassette. And, fans should be extra excited because Blanche Beach has been hard at work on a 6-track EP they recorded with Jalipaz over at Audioconfusion. We’re on the lookout for that release! 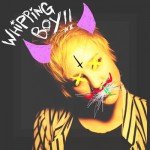 Fairy Bones released two singles last year in prelude to their 2015 release of Dramabot due out early this year and both tracks were in contention for our Top 10 Singles list. “Whipping Boy” has all the band’s genre-blending style, including Chelsey Louise’s distinctly dramatic vocal style and the upbeat, organ-integrated, pop-rock of Fairy Bones. You can listen to “Whipping Boy” here and check out “Waiting” while you’re there. Dramabot drops January 31st at The Rogue Bar with Gospel Claws and The Burning of Rome (more info here).

We’re very about the sulty sounds of Banana Gun and this year they dropped not one but two new releases this year: first, their much-anticipated full length, Love.Instinct, and then an EP commemorating the band’s 5 year anniversary, I and the Me. “Mirror, Mirror” comes from the former, Love.Instinct, which came out March 8th at the much-missed Sail Inn. 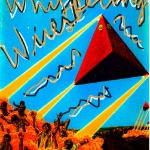 (9) “By the Light” by Whispering Wires

A new project from some of the folks that brought us Discos, Tucson’s Whispering Wires caught our attention early with their first single “By the Light”. We then caught them live at the Time Out Lounge in Tempe and we decided we were in it for the long-haul. Effervescent pop mixes with gritty garage sounds. We’re looking forward to what’s coming from Whispering Wires. You can listen for yourself on Soundcloud here.

The video is [insert pause] interesting, but the single kicks ass, emo-style, but in a more mature, less hair-dye way. That’s what you get with Sundressed, a folk-punk fusion with an emo-heart.