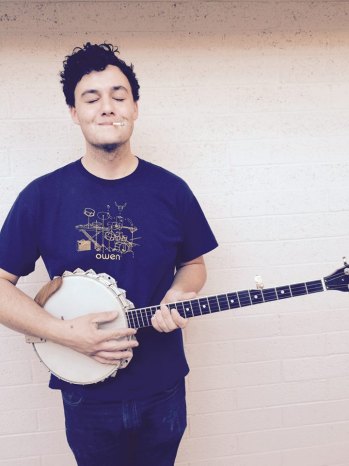 In an era of added effects, electronic layers, and more hooks than content, we try to acknowledge one artist every year that pushes to elevate their songcraft. In 2014, that artist was Justin Moody.

When Moody’s most recent album – Bargain for a Bad Man’s Love – came out last September, we expected more of the thoughtful indie-folk ramblings that we heard that we first heard in The Balcony Scene, his previous project. What we found instead was an album of resounding beauty and haunting introspection, stripped down to the most raw and revealing elements. Bargain for a Bad Man’s Love is an album to sink into on a rainy day. It’s the album we want to listen to when the cold weather keeps us indoors (which happens even in Arizona).

Justin Moody gave his fans the first taste of the songwriter he’s slowly been giving shape to since The Balcony Scene’s 2012 self-titled release on Bargain for a Bad Man’s Love, an album that speaks to the importance of continually honing one’s craft.

In 2015, Justin plans on playing more shows around town as well as beyond the borders of our desert state. He’s also working with Moone Records (out of Phoenix) and Our Records (out of Flagstaff) to create a new zine – one that will be released on cassette tape!

Let’s hope Moody still finds the time to keep up with his own songwriting amid his new projects. We’ll keep you posted. In the meantime, listen to Bargain for a Bad Man’s Love here.