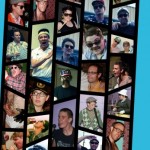 This band celebrated ten years together in 2014 and marked the occasion with a compilation album featuring several different local acts performing the Fathers Day classic, “Did I Use the Word Divorce?” (more on that here).  The album was fun, but no where near as much fun as catching Fathers Day live. This dad band throws down. Fronted by the undauntable Douglas Patton (aka Business Dad), Fathers Day has charged through a decade with a riotous take on parenting and punk rock. Patton doesn’t hold back onstage and the audience meets that energy head on. And with such emblematic hits as “College Fund”, “When are You Gunna Grow Up?”, and “You’re Lucky to be Eating at the Sizzler” the band has successfully tapped that teenage vein of angst that I somehow didn’t grow out of quite when I (or my parents) expected. Make sure you catch Fathers Day live sooner rather than later. You can also head here for the Fathers Day oeuvre. The band has a lot in the works for 2015 including a new album and a new bass player and even a music video. Get ready. 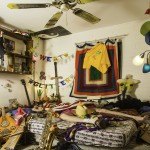 Anything that can be described as “Old School Sexified Jewish Folk Funk” sounds like a party I want to attend. Jerusafunk is just that: a party. Maybe that has something to do with the band’s roster which counts 13 players (Jessie Demaree, Chris Del Favero, Elliott Fox, Ricky Smash, Joe Amos, Torrey McDannald, Isaac Parker, Zack Parker, Brandon Minch, Caleb Michel, Jeremy Lentz, Bryce Broome, Josh Santa Cruz) and sometimes friends join them onstage during performances. Everytime they take the stage, the energy in the room goes up. It only takes one song to turn any venue into a dance club in an era when kids don’t seem to want to dance anymore. The band is currently at work on some new tracks to add to their existing body of “juicy tunes” in anticipation of a new album before they head out on a short tour this summer. Make sure you catch them live on their own turf before they venture forth. Until that time comes, you can check out some of their recorded music here on Sweat & Glitter. 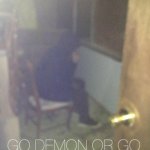 It’s the band everyone loves to get disgruntled about and everyone wants to see live. That’s because Wolvves offer all the feisty antics you want from your rocknrollers including unabashedly honest, sometimes overtly hostile, lyrics set to a ruckus beat. You can count on Wolvves to arrive with a devil-may-care attitude and maybe a backpack full of beer to put on a show you’re going to remember for a long time. The music of Wolvves has an infectious quality so that long after you experience a song, you’ll find the words running through your head. Milkshakes, pizza, immortality, and the disaffection of a generation, Wolvves has it all. And when they channel all that frustration found in their songs into live energy onstage, the crowd feels it. There is a communal outpouring of all that pent up malaise when Wolvves performs. It’s better and cheaper than therapy. If you haven’t yet been to a Wolvves show, reflect on the value of your life experience thus far and make plans for attending their next gig. Prepare yourself by listening to their 2014 release, Go Demon or Go Home, so you know when you’re supposed to yell “Milkshakes”.