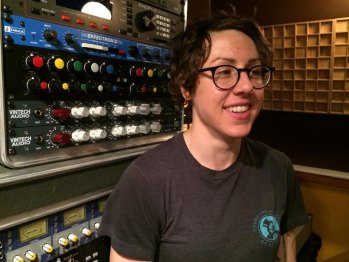 All photos courtesy of Catherine Vericolli

I’m Catherine Vericolli and the short answer is I’m a recordmaker.

The long answer is I’m the owner and builder of 513 Analog Recording Studios in Tempe, AZ, a rouge solderer, sonic councilor, tone translator, record collector, and under-paid musician’s therapist. Sometimes I’m an adult babysitter and accidental producer. I also co-edit a brainy non-gear-centric online audio mag called Pink Noise. Occasionally I take a crack at writing industry related essays, and am a biyearly panelist at pro audio conferences and nerd gatherings locally and in Nashville, TN. Mentally, I’m spend most of my time working out ways to capture as accurately as possible what people are hearing in their heads, while simultaneously searching for the most kind, productive, and tactful of ways to be brutally honest. Sometimes I fail at the latter.. although in my failure I tend to land closer to the humorous than the hurtful. At least I hope.

I also believe that my staff and close friends can probably explain what I do much better than I can. 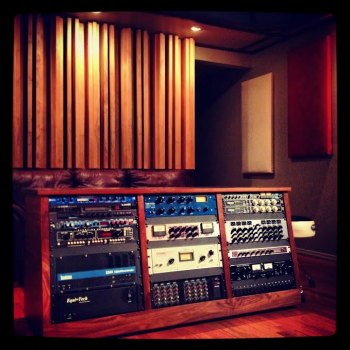 You could say I got my start as soon as I was old enough to contemplate why and how music sounded the way it did. It was obvious early on that by inclination I was far from a musician, so naturally I spent most of my life around people who could play instruments. About the time when adulthood and purpose became a priority (post a fancy liberal arts college attempt), I went to school for audio engineering since music was still the only thing I really cared about. I did a few internships, but I knew that I should probably make records when I did a throw-together recording project for Kimber Lanning while working at Modified Arts in Downtown Phx, and she was really into it. At the time, if Kimber was into it, it was probably good.

This is still true.

I was also lucky enough at the time to have a songwriter as a best friend, so I recorded her first record in the various rooms of my awkward West Phoenix house in 2004. It was mixed at Wavelab in Tucson, and signed to a small record label in Spain. We were pretty excited. From there, I was hooked. I started acquiring better gear and better spaces to record, and found more and more ways to be involved in the local music scene – mostly to make her records sound better. Her name was Lonna Kelley. We made a few really great records. Occasionally we still do. I moved to Tempe in 2005 and built 513. I didn’t think people would take much notice, but we had some really great local projects right off the bat. Those first few sessions were Colorstore’s “Bonefish” and The Sweetbleeders “Lighting Bug Luau”. They also came with their own guest engineer. His name is Mike Hissong. That was in 2006. He never left. 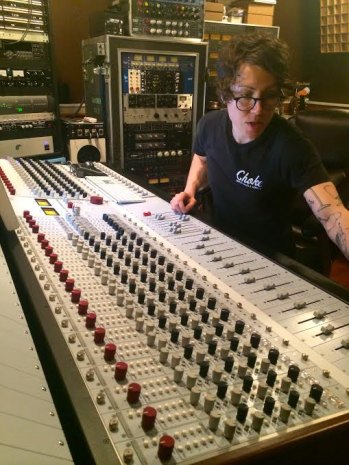 The ability to capture a moment in time. Witnessing those moments. Tones that are honest. Tones that are accidental. Other people’s passions. Humor. Collaboration. Risk. Difficulties.

It continues to try, regardless of the continued likelihood that it will fail. There are many “better” places, but I don’t feel at home anywhere else. It’s a wonderful place to see the sky.

The best way to see my (our) work, is to visit me (us) at 513. We love giving studio walkthroughs and chatting with folks about all things sonic. For the shyer types, all the happenings of the studio can be seen on our website and across the social networks: 513analog.com, Facebook, Twitter. For the truest representation, my personal/studio Instagram is probably the best bet.

The best way to hear my (our) work, is to go digging in the ‘Local’ section of your neighborhood AZ record store. We also have a SoundCloud, where we occasionally upload the latest projects. You can also Google or Bandcamp search: Colorstore, Sweetbleeders, Treasure Mammal, or Kevin Daly and you’ll hear 513. We’ve been tracking, mixing, drinking, and crying with bands in the local scene since 2006. My personal work is almost always scattered in with the work of my staff, which is how I prefer things. We are a collaborative bunch of engineers. Nationals that have stopped in physically or virtually include Howe Gelb, Califone, CHVRCHES, and The Jon Rauhouse Orchestra. But again, the best way to hear us is to get in touch and stop by. We will play things for you.

I would like to figure out how to live a life in which I have little concern for what I want to accomplish before I die. I’m not sure if this is possible.

“The business of record making is a people business.” 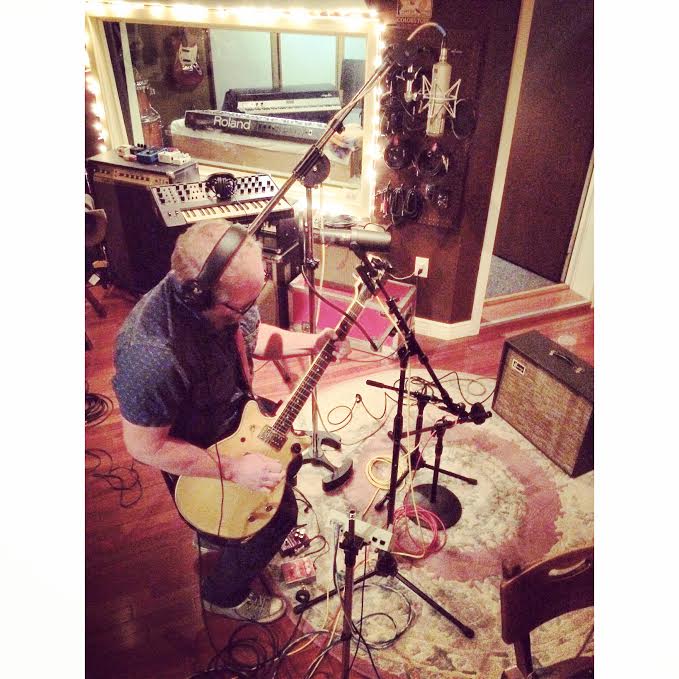 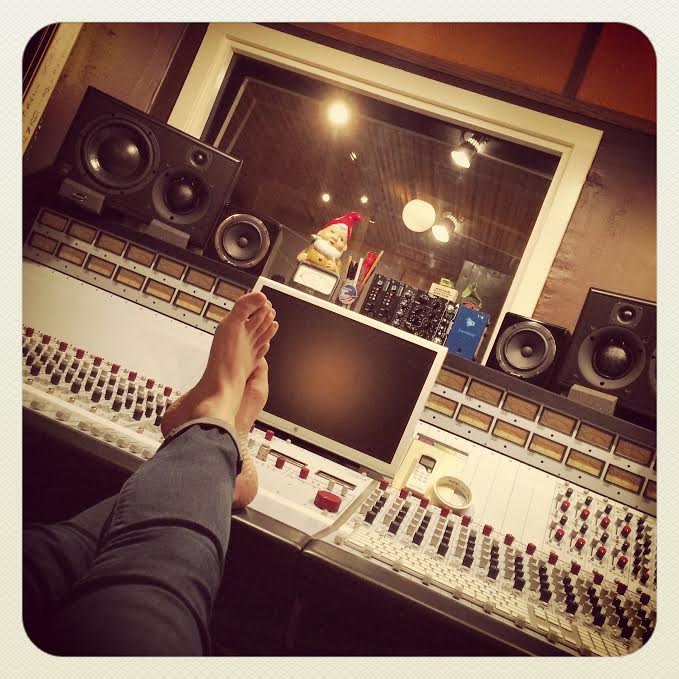