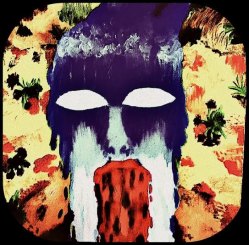 We first got down with Strange Lot when the band released their single “Upside Dwners” last summer. The band followed up their single with the EP Walk of the Sun (read more here). Well, the hardworking folks over at Strange Lot are just getting the ball rolling, apparently. The band is preparing to release their first LP early next year titled Another Mind. And Strange Lot has only been playing together since July.

We here at YabYum are very excited to premiere the first single from that project. Right here, right now. The single, “Call My Name”, combines some retro rocknroll with a lofi, desert-via-beach sound. Distortion-heavy and stripped down, but, you know, sorta summery.

Another Mind will be available digitally and on CD this coming year on Feb. 14th. But fear not, Strange Lot is planning on releasing another single next month so keep your ears open. We got an early listen and the next single promises to be even better!

Listen to “Call My Name” from Another Mind here…