Although Fort Lowell Records and it’s founder James Tritten may have moved to North Carolina from Tucson, that does not mean they’re still not “releasing damn good music on vinyl.” Far from it. This year was a busy one for Fort Lowell, especially as it moves more into the publicity realm of things and steps up its collective game as a label. We’ve always enjoyed Fort Lowell releases and this year was no exception. However, as we focused more on the West this past year, Fort Lowell was pushed a bit to the wayside. Well nuts to that. Fort Lowell Records & Publicity released no less than 4 albums this past year and I needed to take a moment to recognize that. You should do the same. 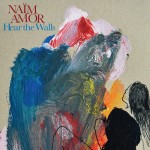 So first off, Hear the Walls is a must hear. I mean it. Go to Fort Lowell’s website and buy it immediately. OK, maybe you want to hear it first. You can do that here. Happy now? You could’ve just straight up bought it though and not wasted any time listening to it first. All jokes aside, Hear the Walls is Naïm Amor’s finest work to date. A French musician living in Tucson, Mr. Amor is not new to recording and releasing albums. The sparse, eloquent instrumentation behind Naïm’s voice is so perfect, you don’t want the album to stop. Eventually it does however and you simply have no choice but to flip it over and start it again. Do yourself a favor and check out Hear the Walls here. 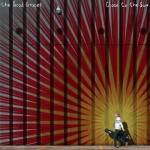 Close to the Sun

Based out of Atlanta, the Good Graces’s Kim Ware has released quite a few albums over the years, but this is her first on sweet vinyl. Released in September, Close to the Sun opens with “I Don’t Know Where to Start”, immediately setting a mellow and inviting pace from the indie-folk outfit, but it was the second track, “Cold in California”, that had me sold. Fans of folk should definitely settle into the 11-tracks heard on Close to the Sun for a modern rendition of the genre. Ware is a singer-songwriter reaching beyond the confines of that label. the Good Graces creates songs that are both pensive and dreamy on Close to the Sun. Listen here and consider making that vinyl purchase!

moyamoya are an instrumental band whose only genre may in fact just be “instrumental.” While it’s opening track “sorry i called you he-man” seamlessly moves in and out of intricate, clean melodies then into a hardcore blast music, it pushes towards 9 minutes. I’m not saying they immediately alientate listeners, moyamoya simply get straight to the point of who they are and what they’re trying to create: badass, technical, instrumental music. If this sounds up your alley then “spring guide to fashion”, “open letter to a football hero”, “i don’t need an advocate, i need an exorcist” and the rest of their cleverly titled songs are for you. Get lost in the sound here. 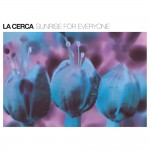 Released in July, Sunrise For Everyone should be on everyone’s list if you’re into indie alternative dream-pop. The first track “Arizon” grabs your hand as you begin your journey down the sonic river presented by La Cerca. The title track and “Sorry XO” carry you beautifully before “The First One”, “Weather Festival”, and “Dream Continues” pick up the tempo to really get you moving. The songwriting is well-honed and executed on Sunrise For Everyone and Andrew Garner and co. have released a modern Tucson classic. Check out Sunrise For Everyone here.