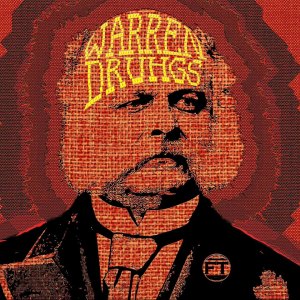 Field Tripp has been awfully busy this year. They released Les is Mormon early this year and followed that EP with another over the summer known as Woeful Common Terry. But winter is now upon us and we’re super excited for the third installment of this Field Tripp trilogy: Warren Druhgs.

Set for release on Christmas Day at the Rogue Bar in Scottsdale, Warren Druhgs promises to live up to the Field Tripp standard set in the two previous 2014 releases. And, we just so happen to have a sneak peak of what’s to come right here. “Ride of My Life” follows the musically meandering style of Field Tripp: thoughtful, beautiful, both somber and humorous.

Listen to “Ride of My Life” below which features the vocals of Cassidy Hilgers, slide guitar by Jon Messenger, drummer David Cooper, and bassist Jess Pruitt, not to mention singer/songwriter/guitarist Dan Allmond (aka Dan Tripp).

Head to the release show this Thursday (Christmas Day) where, in addition to Field Tripp, The Bittersweet Way and Treasurefruit will both be performing along with comedian Eli Kluger. More info on the release show here.

Field Tripp
“Ride of My Life”