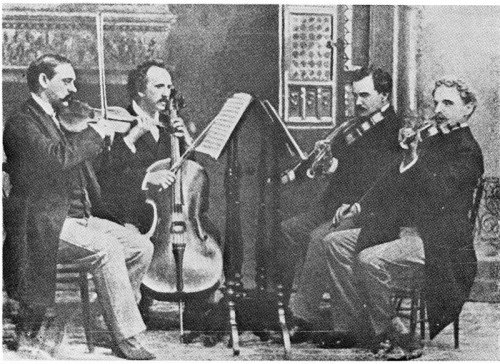 We frequently get asked for suggestions on how to improve a band’s standing in the community or the press response the ellicit. So, as a special holiday season present, I compiled a few of my suggestions for maximizing your band’s potential. Enjoy.

This might seem rather obvious, but it’s not.  If you’re starting up a new project don’t jump the gun on promoting until you’re ready to come out of the garage. It might be tempting to post every practice session you recorded on your phone. Just don’t. You might think your “early fans” are interested in following the development of your sound, but unless you’ve matriculated from another act that counted an actual fanbase to its cred, you should probably give it some time for your band to learn to “mesh” well together before the grand unveil. In the internet age, those early tracks and videos never really die. And, what’s more, you only get one first impression. You push a mediocre (or outright awful) track at the press and they might forever associate your name with the joke they made up in their head when listening to that first song.

There is a big push to record early these days and I totally support the accessibilty of recording options that makes it all possible. Early demos and other recordings can be instrumental in getting those first gigs and we at YabYum love to find promising new artists by sifting through the internet slush pile of tracks avaialble for streaming. We just want you to seriously consider if another month of practice might be in order before you launch your music on public platforms.

Social media is that beast we all love to hate, but it is very much a part of our present. Even if you don’t check in with your social media pages every day, it’s probably a good idea to have them in place. It seems like every person has their preferred mode of socializing via the interwebs. The only way to make sure they can easily find information and follow your band is to make yourself available through multiple mediums.

Maybe you’re one of those cool dudes that doesn’t go in for those perils of modernity like social media or self-promotion. Kudos to you. Maybe your work will transcend the need for Google visibility, but for most of us, social media provides a key tool in developing a fanbase. Not to mention, it sure makes it easier for all those internet-based publications to hunt you down when they’re seeking material for coverage.

You want your band to get off the ground and really developing a following? Keep up on your scene. Knowing about bands in your area can be just as important as knowing which venues to play. Listen to the music being made around you. Go to shows (and not just the ones your band plays). Musicians need to show support for one another. Be ever on the watch for bands to share a bill with or maybe your next tour-mates. It’s not just networking, it’s working together. Keep on top of who’s doing what. You might learn something.

This is a big one here that people don’t remember. You made an album (or video or single or a monologue set to mathmatically-derived oscillating beats) and now what? You want people to hear it. At least, I hope you want people to hear it. If not, refer back to Rule #1. The only way to get your music out there is to really put it out there. Develop a list of press contacts and let them know when you have something to share. Check out the music and arts sections of local rags and find out who writes for them. Find out how to contact the blogs you read. Follow submissions guidelines when available.

5. Be polite. Word gets around.

Okay, I have mixed feelings about including this one. I would prefer it read something like “be authentic,” but I’ll settle for polite. You don’t have to suck up to the press or people in bands you would like to work with, but I would recommend a little bit of propriety at times. Don’t showboat about your 500 Facebook followers, don’t bluster in emails to the press and tell them to “lock down a date” for coverage based on your schedule or anything else, and definitely don’t get pushy or unprofessional in your band dealings. Persistent is one thing, but if you have that extra helping of aggression you try to work out in nu-metal music, try not to let it seep into your emails.

This philosophy can extend to any number of arenas. If you’re always a band that double books shows on the same night, promoters or other bands are going to get pissed about divided attention and energy. If you show up drunk for an interview (or don’t show up), someone’s going to share the story with a collegue from another publication over cigarettes in the parking lot. It’s a small world. Word gets around.

Of course, there are exceptions to every rule. I can think of more than a few sassy pants people working hard and making the rounds on the local scene that might drink your beer, insult your girlfriend, and still write a song you want to play in your car, but you probably don’t want to be stuck in a van on tour with him for weeks on end.