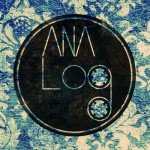 The vocalist from Tempe’s Ana Log can pull a mean Grace Slick for the track “Lady Killer” which was released in October and marked the first single from the band. Those powerful pipes add a vintage-rock element to the altrock stylings of Ana Log. The band followed up the release with a second single, “White Lies”, in November which the band recorded live in their practice space. Listen to “Lady Killer” here (also available for free download). The band just recently rocked with What’s Left, Dear Jerome, and the Counterfeit Party at Pho Cao in Tempe but you can check their Facebook page for when they play next! 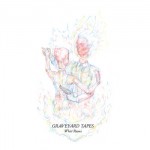 The Edinburgh duo known as Graveyard Tapes might be a little bit out of our coverage area, but thankfully, they’re singed to local label Lost Tribe Sound out of Scottsdale so we can include them here. “Exit Ghosts” is an early track from the band’s latest release titled White Rooms available from Lost Tribe Sound on sleek vinyl. The experiemental music of Graveyard Tapes borders on the dissonant side of electropop and implements some compelling layers of dark sound to captivate the listener. Give “Exit Ghosts” a listen here and consider investing in the full LP. 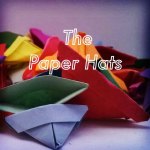 The relative newcomers to the Phoenix scene known as The Paper Hats only recently joined forces, but they’ve already sparked some interest with a couple early singles released online. After listening to the sweet, gently layered “Paper Man”, I was ready to hear the rest of the album. Let’s hope these early singles speak of a larger project in the works, maybe an EP or even a full-length. The Paper Hats don’t yet have a year under their belt so maybe we can give them a little more time to hone their sound before we get too demanding. Listen to “Paper Man” here. 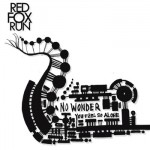 The Denver 4-piece rock outfit known as Red Fox Run makes emotionally-charged tracks that blur the divides between indie and rocknroll. “No Wonder” marks the first single from the band since their 2012 EP Skeletons. “No Wonder” has an emo tinge, but the song remains feisty, not whiney. Listen for yourself here. Maybe, just maybe, we’ll be hearing more from this band in the not-too-distant.

“The Souls of Unfinished Songs“