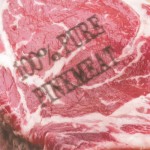 It was just back in October that The Venomous Pinks released their much-anticipated full-length, Exes and Whoas!, and already fans can sink their teeth into a new track found on the PinkMeat Split the band just launched with the band SwampMeat. In addition to “Through the Darkness”, the Pinks also include the music video version of “Never Say Never” on the 7″.  “Through the Darkness” brings you more of the feisty punkrock that defines The Venomous Pinks, old-school and authentic with that Pink sense of style. Listen to “Through the Darkness” here and stick around for all four songs found on the PinkMeat Split. 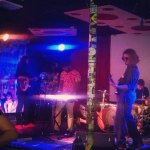 Zodiac Bash is a new band making its way around town, but you might recognize some of the players from their other musical endeavors. The band has released two new singles through their Soundcloud page. “Bouncy” delivers innovative, imaginative rocknroll that will have you cranking up the volume. You can listen to their track here and make sure you stick around for “Vocosis” for even more rocking energy. New fans should have plenty of opportunities to catch Zodiac Bash live. The band is playing Lawn Gnome on Dec. 19th, The Rogue Bar on Jan. 8th, and the Lost Leaf on Jan. 9th. There’s no excuse for missing out. 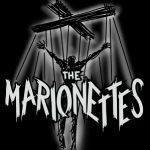 “More of the Same”

Hailing from Surprise, Arizona, The Marionettes are our unexpected discovery of the week. This punk trio has been playing together for a couple of years now, but they just came across our radar. “More of the Same” is the latest of a handful of singles the band has released through their Soundcloud page. On “More of the Same” you can hear a tinge of metal influence on the punk sound that prevails in other tracks like “Twitch Geek”. I definitely suggest checking out “More of the Same” by The Marionettes here and, while you’re there, stick around for other tracks from the band. 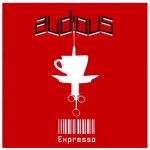 The alternative-rock 3-piece known as Audious released the single “Expresso” back in November as well as the track “Act”. This leads me to wondering if there might be an album on the horizon. Let’s hope so because ever since the song “Waves” introduced me to the band, they’ve had my support. “Expresso” is certain to get the blood pumping with its driving vocals and pop-punk guitar work. Listen to “Expresso” here. I definitely recommend devling into other songs, “Waves” and “Shapes”in particular, to get the full feel of the Audious spectrum. 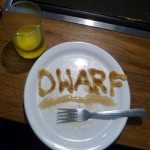 “Trust Me It Sucks”

The Mesa-based, alt-punk-pop trio known as DWARF might not put much time into their album art, but we’re about the single “Trust Me It Sucks”. Combining upbeat, radio-friendly pop-punk with a little bit of an edge, DWARF might just be the perfect sound for the recently post-high-school crowd. “Trust Me It Sucks” shows promise and we’re excited to hear more from DWARF. You can listen for yourself here. Head out to The Trunk Space Dec. 26th to catch DWARF live.