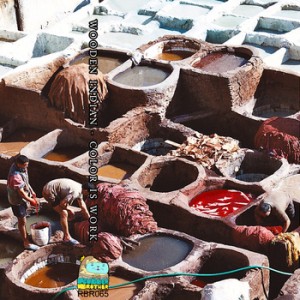 Wooden Indian creates a sort of magical dreamscape for listeners to wander through on Color is Work. The album, which the band released back in 2012, was recently re-issued on cassette through Rubber Brother Records. And I, for one, am thrilled with the re-release. Color is Work might not have received the attention it warranted upon its debut, but the album is one every music afficiando should spend some time with. More experimental than indie, Color is Work presents a more abstract mode of contemporary music making. The sounds swim around you rather than applying a more linear hook-and-chorus approach to songwriting. “Fingers in the Palms” and “Expensive Fur” were some of my favorite moments on Color is Work, but the album should be taken as a whole and listened to from start to finish, preferably with headphones on and all distractions removed. Sink into the music and see what visual images are stimulated by the sounds. There is a certain weightlessness to Wooden Indian, a sense of drifting, which really comes through in Color is Work. I definitely suggest diving in here. Maybe even get your own copy on cassette tape while they last. 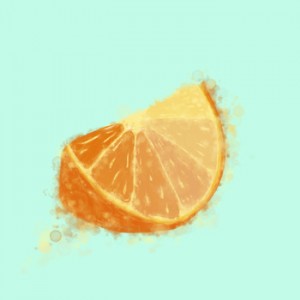 There are some powerful vocals at the core of the innocent, dreamy pop of The DanDan Noodles. That should be apparent as soon as you start making your way through their latest album, Tangerine. The opening track, “Clementine”, combines a sultry songbird with playful indie rock to the delight of all listening. The second track, “Body & Face”, presents a different side of The DanDan Noodles and a second vocalist in the duo. The effervescent pop stays true, but the vocals of Dani definitely lend the music more of an early indie, Brit-Pop feel whereas Dana (the female vocalist and other half of The DanDan Noodles) adds a different element, a more infused sound then a pure descendent of indierock roots. I can’t stop listening to Tangerine and, for the life of me, I can’t choose a favorite song. You can’t make me. Hell, I can’t choose a favorite vocalist. I’m liking it all. The album was inspired by the Dancy Tangerine that “due to the advancement of technology and societal pressures of instant gratification, the Dancy could just not compete with the likes of the Honey and the Sunburst tangerine.” But, fear not, the metaphor extends itself subtley, not interrupting a beautiful record with distracting and persistent references. Listen to Tangerine by The DanDan Noodles here. 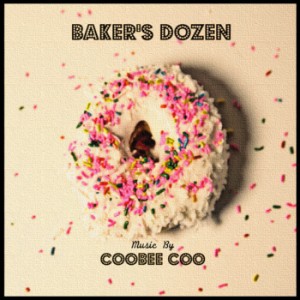 Okay, so this album came out in January of this year which means we totally missed the ball on covering it. At least, I can be grateful it didn’t completely pass me by. Coobee Coo’s Baker’s Dozen offers mellow rock that is bluesy, earthy, and even a little funky to entertain fans of indie rock and Americana alike. The album opens with “One Way Ticket”, a down-home number that will have you tapping you foot as you amble along with the narrative about moving on. “Sheeple”, the second track, will have you rethinking your inital assumptions, however, as CooBee Coo shows another facet of their musical character. I definitely get more of an Evil Friends-era Portugal. The Man from this song. Baker’s Dozen moves back toward the Heartland rock with songs like “Made for Something Great” and “Tippy Top”. I prefer some of the more mellow tracks on the album like the playful “Flow River Flow” and the hauntingly beautiful “Move Like a Ghost”. Baker’s Dozen is an album you should spend some time with and you can do so right here. The album was recorded at CooBee Coo’s headquarters at the Studio at the Farm which has worked with other YabYum favorites like The Hill in Mind and Wooden Indian. 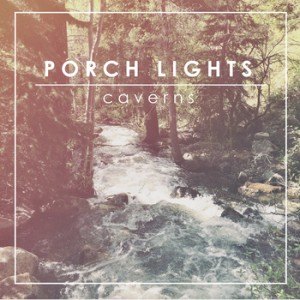 The musical duo from Provo, Utah known as the Porch Lights released their first full-length album this past Setember and all you mellow-music fans should give Caverns a listen. Gentle and warm in the way you want indiefolk to be, the album encompasses as it comforts. Corey Crellin and Emily Brown are the pair that form the core of the Porch Lights provide much of the instrumentation on Caverns, but they had a little help from their friends to fill in the missing space. The result is both charming and cohesive. Porch Lights have a simple, salt-of-the-earth spirit that comes through in their songwriting. “Seaside Eyes”, one of my favorite tracks from Caverns, embodies this sense perfectly. Much of the imagery heard on Caverns alligns itself similarly. Nature both setting and metaphor, the lyrics are perfectly matched to the sound created by the Porch Lights. There is something rustic at the heart of their music, something that harkens back to a different time. Caverns feels honest and maybe even a little innocent. Listen to Caverns by Porch Lights here.