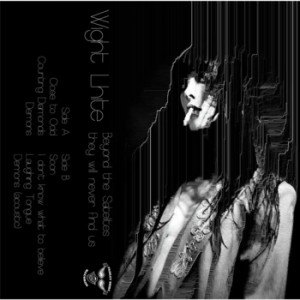 Tucson’s Wight Lhite is pretty awesome so if you haven’t yet had a chance to check them out, I suggest starting with the link to their album. It’s okay. I’ll wait… Beyond the Satellites has a mellow, psych-rock feel that I can totally get behind. From the start of their opening track, “Close to Odd”, I was hooked. The album continues to deliver throughout all seven tracks, including the acoustic rendition of “Demons”, a personal favorite both electric and acoustic. Don’t go into the acoustic version of “Demons” expecting a stripped raw song, Wight Lhite puts their own spin on acoustic. Released by Paisley Shirt Records out of California, Beyond the Satellites takes all the drama of psychedelic rock and adds a dark, desert spin which you can clearly hear on tracks like “Spoon”. Other tracks like “Laughing Tongue”  and “Demons” (the electric version) are imprinted with that distinctive Wight Lhite sound even though they push the confines of definition, incorporating slick retro style. Listen to Beyond the Satellites here and score your own copy. My only complaint about the album is that it’s too short. Longer than a EP, but not nearly enough to satiate my newly discovered love of Wight Lhite, even with seven minute plus tracks like “Counting Diamonds”. Hopefully, we’ll be hearing a lot from this band. 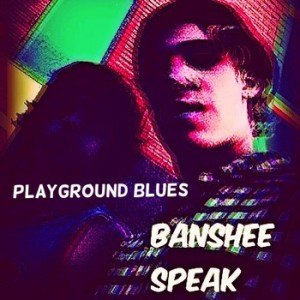 What I really, really love about this album is the portal it provides the listener into the development of an artist. We’ve already been introduced to the merits of the musical Rose family through older brother Nathan’s projects, i.e. Drive-by Dunk. In Playground Blues, younger brother Noah seeks to delve the reaches of song structure to craft a sound unique to his own music. Playground Blues takes us along on the artistic process. Banshee Speak’s sound incorporates interesting layers and electro adages to create more of a soundscape to surround his lyrics rather than holding to traditional song structures. At fourteen tracks, and the longest song coming in at more than ten minutes, Playground Blues is a beast in the era of the EP, but the album is really more a collection of musical musings than a singular concept. It is as if Banshee Speak is trying out several variations of its developing style to determine the shape and structure of the sound to come. I, for one, am excited to hear what’s coming next from Banshee Speak. In the meantime, I’ll continue to spend time with Playground Blues. You can too. Listen here and consider making that purchase! This is an album to sink into. 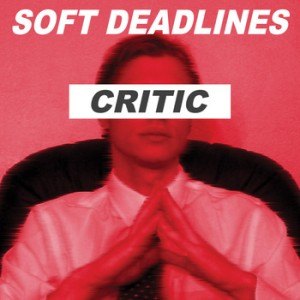 Soft Deadlines released their first album through Phoenix’s own 56th Street Records. Critic starts off with the track “First-World Emergency” and I found myself aligning their music more with the emo/alternative side of the collective musical pool of the Valley offerings. That’s not to say I can’t hear elements from their more art-rock influences like Joy Division and Gang of Four as the album plays. Soft Deadlines defies the blurred boundaries that separate genres. Just listen to “Triage”. It sounds like it descends straight from pop-punk traditions, but the song “What No One Sees” takes on a much darker tone, holding more to those aforementioned influences. “Venice is Sinking”, the first single from the album, has proven my favorite track on the album, but “The Future is Canceled” has earned some staff interest. Critic features Oliver Lemke (Vocals, Guitar, Melodica, Piano, Percussion), Russ Hill (Drums, Percussion), and Chad Cussen (Bass) with performances Dan Williams (Bass, Backing Vocals) as well. You can stream (and purchase) the album from 56th Street Records here.