As some of you may know, I am a fan of the absurd when it comes to my hiphop musical listening pleasure. Unorthodox beats, comedic delivery, and taboo subject matter all score points with me, and creativity is the key. Here are three artists taking a different approach to the mainstream hiphop sound, and sounding all the better for it.

Although The Ref tends to work with Mouse Powell these days (check out his sick production on the recent “Love Is” here), his work with Sergeant Love and Wizard Lips, collectively called The Vibe Prescribers, is a must hear. The May release of Grown Man Slumber Party went totally under all known radar, and that’s a damn shame, this shit is funny as hell. As “Hot Girls” started the album, I wasn’t real sure if these guys were serious or completely joking, and, like all the greats, it’s a little of both. The sophmoric sillyness of “V-Neck” (with it’s chorus of “Chillin’ in my v-neck tryna’ get my ‘d’ wet”), completely contrasts with stark reality of “I Can Change” with it’s hook “Wanna change, need to change, gotta change But I’m basically the same.” Although even that is said with a little tongue-in-cheek. By the time “Millionaire (feat. Michael Jordan) played I knew these guys were geniuses. “Textin’ & Drivin’ (Swerve)” keeps the hilarity and hiphop strong before “Jesus Came Inside of Me” comes along and just blows everything out the gate with it’s 1970s Hammond Portable Organ bossa nova inspired beat and redneck-voiced delivery. The single from Grown Man Slumber Party is the track “Period”, and, although it’s instrumentation might sound like a modern top 40 rap track, it’s chorus of “As long as you get that period. As long as you get that period again, and again” is anything but. The album closes with the title track, a six-minute ode to three grown men having a slumber party. With nods to the likes of The Lonely Island and Jon Lajoie, anyone who’s a fan of solid, comedic hiphop should dig the hell out Grown Man Slumber Party. Listen and download here. 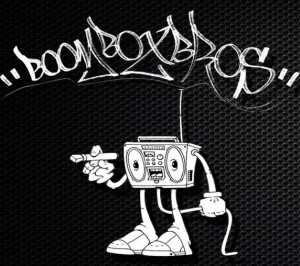 Now here’s a way to introduce your music to the world. The Boom Box Bros. out of Flagstaff dropped these tracks in October as means of introducing their act and the members involved: Colin Haviland (aka “Smallz”), Kris Hogge (aka ‘Mic Hogg”) and Justin Stump (aka “DJ 001”). And I can say is that if the rest of their music lives up to their “Introductions”, we at YabYum will be fans for the long haul. Their recent opening slot for the Dilated Peoples at the Green Room certainly boasts well for the BBB’s, and their debut album slated for release in the spring is now much anticipated in my book. “Let’s Eat” offers a more low-key vibe about (you guessed it) food, throwing out shout-outs to local Flagstaff businesses along the way. Listen to the slinky smooth “Introductions” and the fun, food-lovin’ “Let’s Eat” by Boom Box Bros. here. 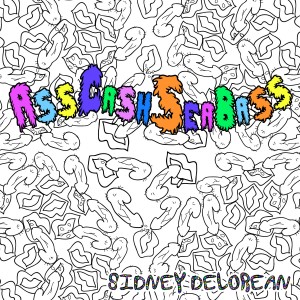 Wow. So finding out about Sidney Delorean was completely an accident, but now that I’ve experienced AssCashSeaBass, her message of “Period Sex” and “Average Dicks” is one that I feel compelled to shout upon the mountaintops. A fine artist in her own right, as Sidney Delorean uses “photography, illustration, costume and performance, I attempt to tackle these heavy issues head on, with color, vibrancy and a persevering joie de vivre.” Her self-produced singles “Marc Maron” and “Who Farted?” are swell and all, but the recording and mixing by Jalipaz at Audioconfusion and the beat production provided by Jason “Hug of War” Kron give AssCashSeaBass a very high leg up on the Sidney Delorean catalog. Her recent, interative installation of AssCashSeaBass is described by Sidney as “wall mounted dicks contain MP3 players, playing on a loop the song which corresponds to the album art seen projected directly above it. The participants wear the headphones coming out of the dick to listen to each song individually.” Eat A Dick cookies were also served. I highly recommend checking out everything you can on Sidney Delorean. For starters, peep her on YouTube and download AssCashSeaBass on Bandcamp.