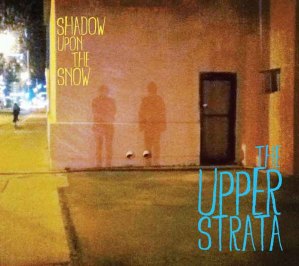 It’s been a little over a year since Phantastic Pigeon-Holes crossed my desk and now it looks like the musical partnership known as The Upper Strata is ready to unleash a new undertaking upon the world. Today, we’re very excited to offer folks a chance to hear the track “Anyway” from the band’s forthcoming release, Shadow Upon the Snow.

The release show for the new album will take place early next year, but the band is planning a soft-release online to give fans a chance to learn the music before the show. We’ll keep you posted on the sing-a-long / release show sure to be a stellar 2015 event.

Until then, enjoy this sneak peak from Shadow Upon the Snow. Here’s the track “Anyway”.