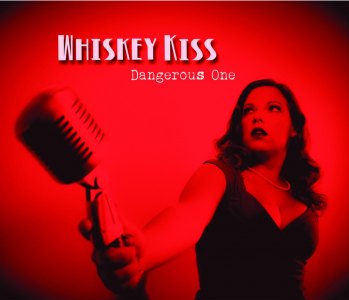 It starts with a slow, sultry tempo, with a woman’s voice singing, “I gotta stay low, ain’t nowhere to run… If he looks at me, I’m already done… I gotta stay low… he’s a dangerous one.”

And with that, the tempo picks up, and never seems to let go. But then, Whiskey Kiss is like that.

With a taste for classic rockabilly but with a new twist, Phoenix rockabilly group Whiskey Kiss is set to release their long-awaited debut album, Dangerous One. And for their release party – November 29 at the Blooze Bar in Phoenix – they have more than a few surprises in store.

While it began as a few music lovers getting together to follow their passion, Whiskey Kiss has grown into something else entirely, thanks in large part to phenomenal support from their fans.

Led by husband and wife duo Niki and Nick White, Whiskey Kiss is gaining major attention, and with good reason. Niki’s powerful voice and stage presence, paired with Nick’s musical skill, gets the crowd cheering right away. And alongside the duo, the recently announced official updates to the Whiskey Kiss roster: Bruce Legge on trumpet, Wesley Hinshaw (of The Quakes) on drums, and new addition Tommy Collins – known for many top rockabilly bands on the upright bass – not to mention perhaps the biggest surprise: Nick moving from upright bass to lead guitarist. All this onstage together, and you have a mix that will keep the crowd cheering all night.

As far as a Whiskey Kiss live show is concerned, the group loves to put on a high-energy performance each and every time they take the stage.

“We practice as much as possible, always making sure we are putting together the best show we can for the crowd,” Nick said. “As far as unwinding and celebrating after the show, well… I think that one is in our name.”

Niki said while the set list varies from show to show, Whiskey Kiss always aims to open with a bang, and end with one as well.

“Our crowd has always been amazing,” she said. “Sometimes people dance (there are killer swing dancers who come out to our shows), and sometimes people just watch, but the rockabilly scene is very tight-knit. We have great support almost everywhere we go.”

Whiskey Kiss draws influences from a variety of rockabilly and other music legends, from Wanda Jackson and Johnny Burnett to Jack White and Amy Winehouse. While this is their debut album, Whiskey Kiss has plenty of experience onstage, including two years performing at Viva Las Vegas, the largest rockabilly festival anywhere.

Whiskey Kiss also plans to continue touring after the album release. In addition to many festival gigs on the horizon, the group also is planning a Southwest tour traveling through Texas, New Mexico, and California – and even a trip through Europe very soon. 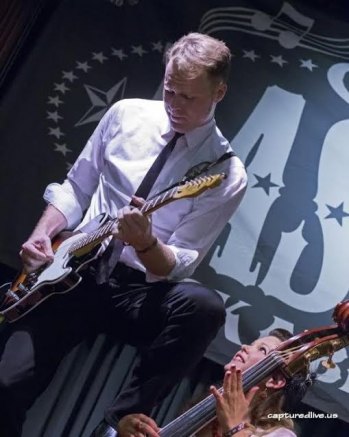 “We are very excited about Europe,” Niki said. “Rockabilly is very big there, and Whiskey Kiss even has a lot of European support already. We’re just excited to spread the music more, for more people to hear it.”

The members of Whiskey Kiss don’t claim to be purely traditional rockabilly – in fact, they are anything but. They blend traditional roots music with swing, pop, and rock to make their music a force all their own. But then again, Niki, pointed out, rockabilly itself is a mix of a lot of different styles to start with.

“We’re very different – we are so far out, they are nice to call it rockabilly,” Niki said with a laugh. “Right from the start, we have had support from a lot of great people. We are grateful for all the love and support. We’re very different, we know. We’re not trying to fake it, we are just being us.”

And if their upcoming album is any hint, staying true to themselves is working out just fine. With a great cast of performers featured on the tracks, including local harmonica player “Tumbleweed,” and Randy Keith on the piano and organ, Dangerous One is an album sure to wow all the group’s fans.

“I think we wanted the album to sound like us,” Nick said. “We are obviously inspired by roots music and music from the past, but we have our own sound and style. We wanted our songwriting to come through, as well as get the rockabilly, country, and roots rock ‘n roll sound.”

Niki said a lot of rockabilly purists feel very strongly about what rockabilly is – and what it isn’t.

“We don’t try to conform to the rules, and we don’t want to pretend to be something we’re not,” she said. “We play our music and write our songs by what inspires us – which often happens to be the classic rockabilly music we love. We then put our own spin on it, which ends up sounding quite different a lot of the time. Our fans seem to dig it, and we have received positive responses just about everywhere we play. As long as people dig it, we’re going to keep doing what we’re doing.” 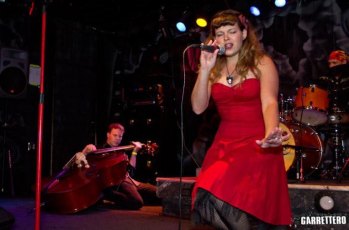 The album was recorded at Electric Lotus Studios, a local recording studio known for producing great albums from a lot of local rockabilly and Americana bands, Niki said.

“We did everything in very fast spurts,” she said of the recording sessions. “It was a lot of fun in the studio. Olivier Zahm was a real producer, with constructive suggestions and feedback. I think people are going to be surprised by the new album.”

A lot of the inspiration for the songs comes from Niki, but a team effort forms it into the songs the crowd cheers for.

“My husband is very patient with me,” Niki said of Nick. “I’ll have a melody, and he’ll put music to it and fill it. The music comes from all kinds of inspiration – I have even gotten an idea from a dream.”

Nick also had a great time during the recording sessions – both on tape, and off the clock.

“The best part of recording was when you were singing alone in there, and I just got to sit back with some whiskey and hear you sing,” he said to Niki with a smile.

The group has a lot of onstage experience already in the books, so it was more fun than intimidating heading into the studio to put together the album.

“Every song but one on the album, we have played live,” Nick said. “With live stress, we’ve got to figure it out. We have worked out the kinks live, and we know what everyone likes.”

In fact, live shows helped them decide the single from the album. When they played “Dangerous One” live to test it out for the album, everyone seemed to love it, asking if it was on their already-released EP.

“People thought it was so great, some asked who the song was a cover of,” Nick said. “We said, ‘Nope, that one is ours!’”

See Whiskey Kiss in action, not to mention grab their brand-new debut album, Dangerous One, at the album release party Saturday, November 29 at the Blooze Bar in Phoenix. For more info and to hear Whiskey Kiss, check out their website. 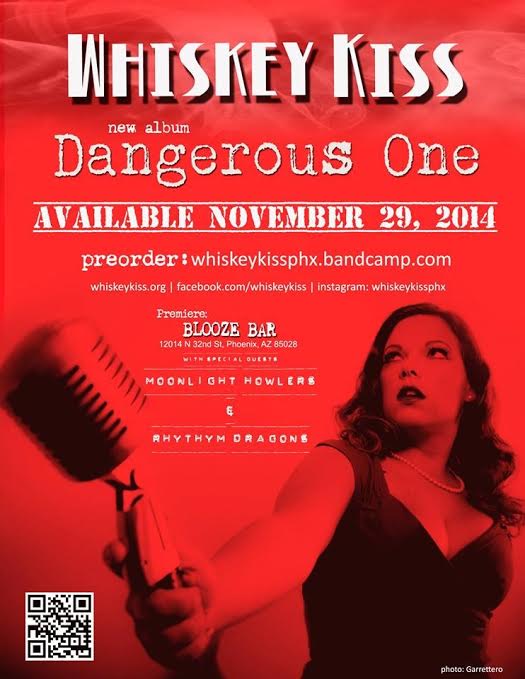