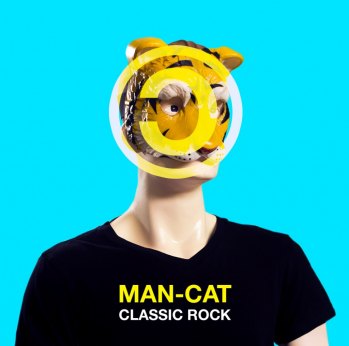 I had been waiting for this day for two and half years, and then suddenly, it was here: MAN-CAT was set to release a new album. Their first full-length album. I couldn’t be more excited.

I got to the Trunk Space rather early. Not too early, but I’m glad I got there when I did. Supporters of the Association for Artistic Integrity (AAI) had gathered in force and were yelling at passersby that MAN-CAT was a sham. The custom made Anti-MAN-CAT Uniform t-shirts being given to the first 20 protesters certainly brought out the numbers. Way to buy your voice, AAI.

As the PRO TEENS were still setting up, Ryan Avery was manning the door. The Trunk Space was packed with fans of all ages and press which made for a lively bunch indeed. The stage was crowded with old TVs, all displaying static. After a few hellos, I wound my way back to the merch counter. 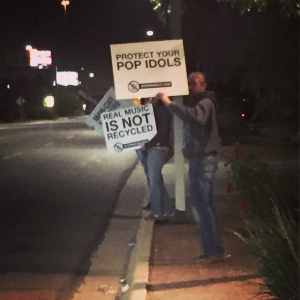 Protesters outside the Trunk Space

OMG. I found what looked remarkably like bona fide in-store WalMart signs advertising rollback prices on all MAN-CAT merchandise. I mean rock bottom prices here people. Including FREE stickers, posters, even candles were all crammed into a provided box along with my newly purchased hoodie and copy of CLASSIC ROCK. I quickly tucked them away inside my vehicle so as to have proper use of both hands later, you never know what might happen at a MAN-CAT show.

Shortly thereafter, the PRO TEENS started. The band’s dreamy-pop-surf sounds fell in well with the audience and it didn’t take long for the crowd to start dancing, well, you know, swaying. The PRO TEENS went well beyond the small breadth of recorded material they have available online and are quickly becoming one of my favorite acts of the Valley. 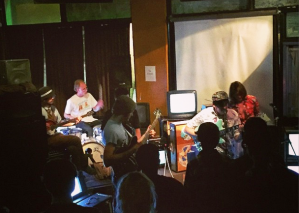 During the PRO TEENS set a projector was set up and displayed an odd array of fast-paced film clips of internet browsing that lasted the rest of the night. It was more than just benign surfing though. This was a person creating something: a blog maybe, or maybe an empire with all the coding and images that flew across the wall of the Trunk Space. I thought it might be another MAN-CAT artpiece. Maybe a screen-captured record of some recent internet hijinks, but when I asked one of the band members about the projector he said he was didn’t know what it was. Weird.

It seemed like no time at all before Boss Frog began to play after PRO TEENS. It could be because a couple of the band members are the same and they didn’t have to tear down as much gear, but before I knew it the “midnight circus cowboy” sounds of Boss Frog had the place hoppin’. As with the PRO TEENS, Boss Frog sounded better than ever and seemed to be even extra funky that night. 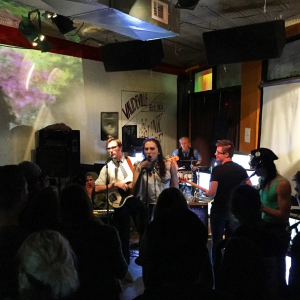 When Treasure Mammal began setting up with only one drummer I thought to myself, one can’t possibly have the same effect as the two drummer combo of Jef Wright and Jef Wrong I’ve become accustomed to seeing, right?  Wrong. Jef Wright held his own the whole set and the T. MammaL dancers led the crowd into a fevered frenzy. The performance of “Bromance” seemed extra special that night as most of the crowd could sing right along with this now-classic, Phoenix-bred anthem. But the real highlight, for me, came during the closing song “Amber” when I took part in creating the human dance tunnel that led straight out of The Trunk Space and into the world at large. I held hands with a stranger and danced down on Grand Avenue. It was a Treasure Mammal Experience. 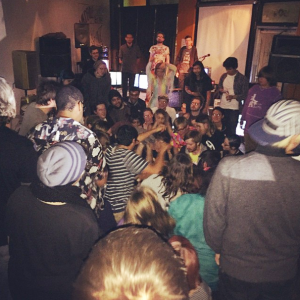 While everyone was finishing cooling off outside, a slick looking business person emerged outta’ nowhere exclaiming, “We did it! We did it everyone!” MAN-CAT had been stopped (gasp!). We were then all invited inside to learn that this was Jeffrey Denning, a representative of the Association for Artistic Integrity informing us the “deviant, pop culture terrorist faction” MAN-CAT had been beaten thanks to all our fine help and that now we would be watching a 25 minute video on “The Evils of Sampled Music.”

After a couple minutes, the video monitors started to flicker out as MAN-CAT took control of the signal. They entered from the rear, walking through the seated crowd. Apparently it’s harder to kill a MAN-CAT than one might think. We were then informed we would be hearing their new album CLASSIC ROCK in it’s entirety. And it was pretty awesome. 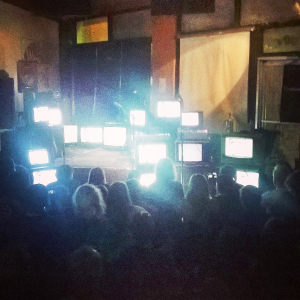 The audience being educated

I’m not sure what happened to the crowd though. It may have taken a little too long for the show to get underway but the crowd was nowhere near the size it had just been by the time MAN-CAT really got going. And quite honestly, after three bands with live drummers, the drum-looped beats of CLASSIC ROCK banging through the P.A. just didn’t bang enough. These need to be beat-heavy, club-ready tracks in order to have the same chest-thumping feel of drums and they just didn’t hold up. I guess I wasn’t surprised to see folks trail off.

Music creation is only one aspect of the MAN-CAT collective. I cannot wait to see what other sorts of “projects” emerge from the minds of MAN-CAT in 2015. I was more than curious as to how the new album sounded independently of a live setting and sure enough, the drums are thick and present. I’ve listened to CLASSIC ROCK a half-dozen times now and I think it’s great. It’s satiated the lust for new MAN-CAT music, at least, for a little while. I can only hope it’s not another four years before it happens again! Check out CLASSIC ROCK here. 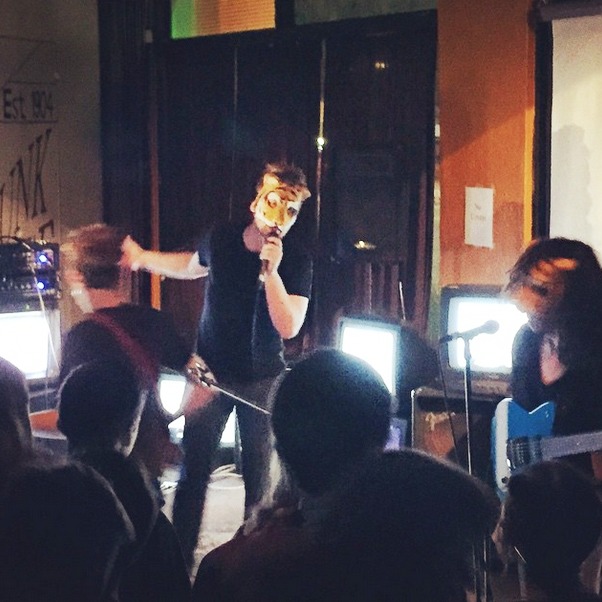 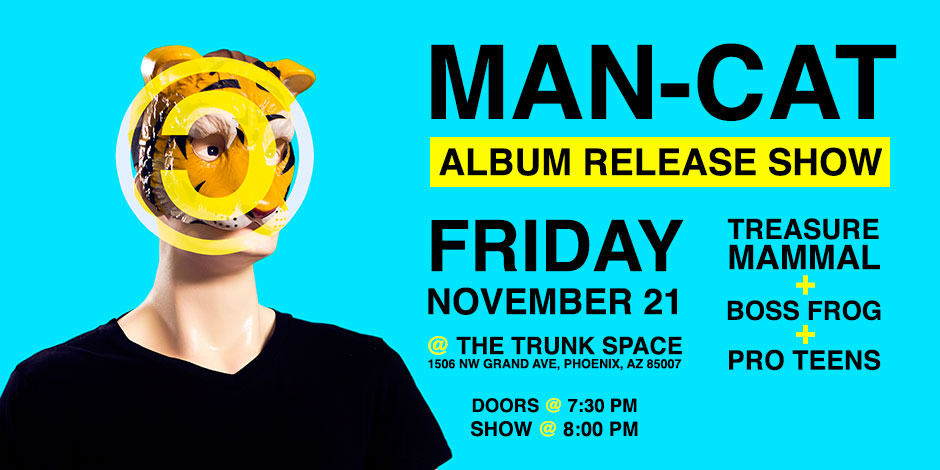