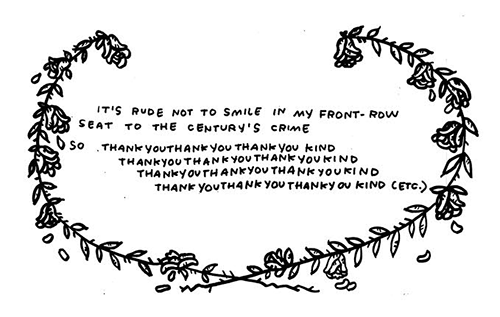 This is an album we’ve been waiting for ever since we came across “Bottleneck” back in 2013 and Hasty Escape made our list of “Super New Bands to Watch”. Thankfully, we had a bit of the preview from the band’s full-length last year when they released an EP on cassette through Rubber Brother Records. It helped hold burgeoning fans over until The Filthier Things was ready for the great unveil. And we’re excited to announce that that time is nearly upon us.

Hasty Escape is comprised of Max Knouse (guitar, lead vox), Matt Ventre (guitar), Alex Kyhn (bass) and Ryan Anthony (drums). The band recorded The Filthier Things at a home studio based out of Kyhn’s guest house. Initial tracking started back in January and they’ve been working on the project ever since. I must say, The Filthier Things is truly a stellar listening experience. Sweeping yet subtle Americana that strums those heartstrings with its moments of striking beauty. This track features the additional playing of Shea Marshall on piano, adding just the right amount of haunting to the melody.

We’re very excited to premiere a single from the Hasty Escape’s forthcoming release. “Overgrown, Looking Mean (I Know)” will be available on The Filthier Things which will be released at the Crescent Ballroom on Tuesday, Nov. 25th. There is Danger and Twin Ponies will be joining the Hasty Escape for a celebration that is not to be missed. More information on the release show can be found here. And make sure you give “Overgrown, Looking Mean (I Know)” a listen below! 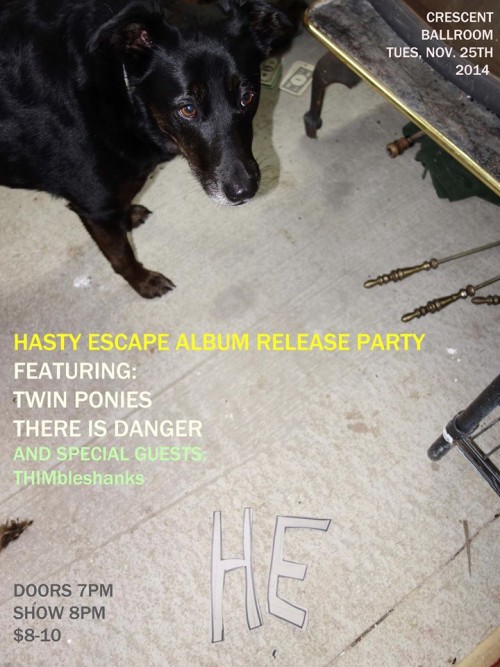