There I was, totally stoked when I came across “#Yolocaust” all those months ago and then the album came out in June and I totally dropped the ball. Pirates of Suburbia proves you can make seriously pro music before you graduate from high school. This album is head-banging, mosh-worthy rambunctiousness. Pirates of Suburbia opens with “Assimliation”, a song reminiscent of Anti-Flag with all the down-with-society energy one would expect from the association. “Comrade Marco” proves their brand on anarchism is not devoid of cultural reference points. The Linecutters aren’t just pushing for some patch on your backpack. The title track definitely pushes that dividing line between metal and punk while other songs like “”Education”” hold more to the ska side of the influence pool. “Built to Spill”, the closing track, leaves things on an aggressive note which is how The Linecutters seem to prefer their fans: aggressive and alert to the ills of society.  Listen to Pirates of Suburbia here. 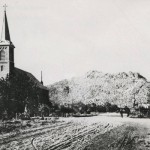 On Oct. 24th, local punk rockers New Colonies released their six-song EP at Tempe Tavern. The four-piece blurs the lines between punk and metal, incorporating growled vocals more akin to the latter group, but that doesn’t stop them from receiving some serious fist-pumping action from fans of the former. I personally like the shout-it-out vocals of “Bleached Bones” and other tracks. New Colonies is definitely a band I would like to catch live. New Colonies formed last February, but already they’ve crafted a solid sound that can be heard on EP.  Listen to the plainly titled EP here.  The band seems to have that certain kind of ferocious energy that translates well to a live setting so I can’t wait to catch a show with New Colonies on the bill. 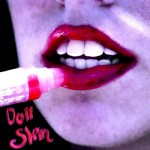 I’ve got to tip my hat to the ladies of Dollskin. These youngsters, ranging from ages 14 to 17, are hard at work, shaping out their own sound, and drawing from  a range of punk influences. The Guts & Glitter demo represents the first studio undertaking from the band. Previously, they’ve released two live collections. Live at Trunk Space, released last June, offered fans a chance to hear some early live renditions of tracks from Guts & Glitter. If it takes 10,000 hours to make an expert songwriter, then Doll Skin is on the path. Listen to Guts & Glitter here. And don’t forget to catch Doll Skin live at The Underground on Nov. 29th with Among the Hidden, The Linecutters, and more! 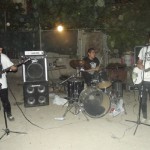 RAW, ROUGH AND FAST AS FUCK

Thrash really doesn’t get enough attention and neither does Yuma. Effective Noise combats that inattention on both counts. They deliver undiluted rage on RAW, ROUGH AND FAST AS FUCK, which appeared online back in September. The band only claims that they were “active” between the years of 2006 and 2012, but some recent gigs suggest they might be open to the occasional appearance. The EP delivers just what it promises – an experience raw, rough, and fast as, well, you know. If you like your punk with the energy and volume turned up to max, then Effective Noise is for you. Listen to RAW, ROUGH AND FAST AS FUCK here.