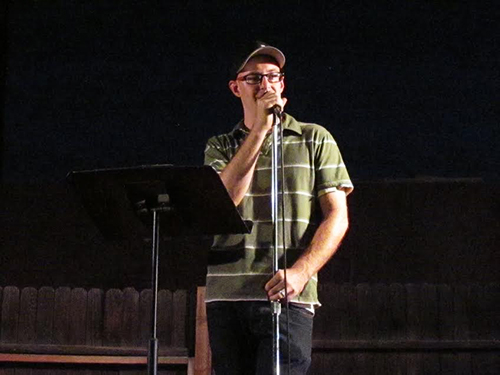 The Individual World Poetry Slam is a chance for poets the world over to meet and compete with their original work in a respected competition of peers. And soon, Phoenix will get a chance to host this historic event.

Aaron Hopkins-Johnson, the owner of Lawn Gnome Publishing in Phoenix, is thrilled by the news the Individual World Poetry Slam (iWPS) is coming to town. A former slam poet himself, Hopkins-Johnson was the one who submitted Phoenix into the running for host city of this year’s competition.

When Hopkins-Johnson moved to the Phoenix area in 2009, he started his own national poetry team. His team took 7th in the entire nation. Since then, he has moved to take an organizational role in local slam poetry.

“I decided then it was time to step down, and let other scenes and poets compete, and grow their career,” he said.

Looking back, Hopkins-Johnson said that success, and the work leading up to the competition, was a great catalyst to spark local interest in slam poetry.

“That’s what’s really great, almost 100 people competed to be on the team,” he said. “There are poetry slam groups popping up all over now. It’s incredible – it has turned into something new. That’s great – the more poetry, the better. Let’s keep working on our craft, spreading the word; and before long, everyone loves what we’re doing.”

Hopkins-Johnson began Lawn Gnome Publishing in order to have a safe venue to hold regular poetry slams for the community.

“Other venues didn’t want us,” he said. “They were afraid of foul language and content. But on the other hand, we didn’t want to compromise the poets’ freedom of speech. That’s why I opened Lawn Gnome Publishing… everyone is welcome. Just come in with an open mind, and our poets will drop something fresh and exciting.” 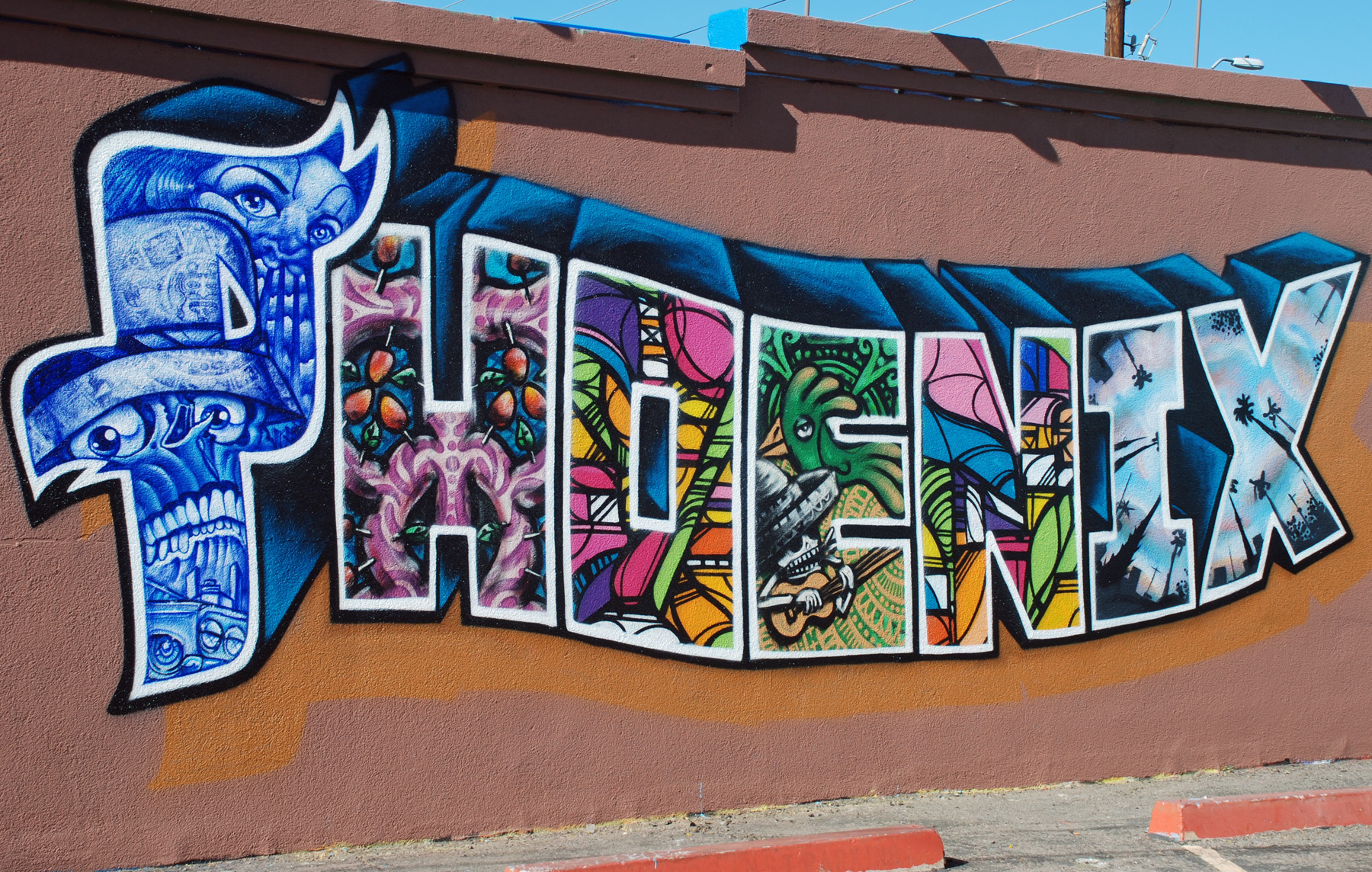 Fresh and exciting is certainly on the horizon for Phoenix, since Hopkins-Johnson heard in January that the bid to enter Phoenix into the running for host city of the 2014 Individual World Poetry Slam was accepted. The iWPS, a competition which focuses on individual poetry performances, plans to bring poets from all over the world to participate. From October 8-11, venues across the city will host slam poetry bouts, panel discussions, workshops, and poetry showcases – all made possible thanks in large part to the Arizona Humanities Council.

“The difference between this event and nationals is this is an individual competition,” Hopkins-Johnson said. “It is a high-energy, crazy event. You’re going to hear a lot of styles and methods. There will be no telling what wins, other than who goes out to cheer them on. It’s a great chance for Phoenix to show our strength and support.”

Hopkins-Johnson said the city has already shown tremendous support for the upcoming competition. Not only will Lawn Gnome Publishing kick off the festival October 8, but venues from all around the area will host a wide variety of events, including The Lost Leaf, JoBot Coffee, the Phoenix Center for the Arts, and First Draft Book Bar.  Events at these venues include a Haiku Deathmatch, as well as a “Poe Show,” where poets can compose works of a darker nature, like that of Edgar Allan Poe, or H.P. Lovecraft.

The finale event of the competition will be held at the Marquee Theatre October 11. Participants will be able to travel the light rail system, which will help connect most participating venues. Bus passes will also be provided by the Arizona Humanities Council.

Hopkins-Johnson is grateful so many venues have stepped up to be a part of this event.

“We just went up to places and asked,” he said. “They were open to the crazy idea, and we’re going to bombard them with words. We’re still a very young city, and this is turning into a perfect storm. We really just lucked out. There are so many events… I can’t think of a better city. There literally is a poetry-based event going on every day in this city. It’s amazing, how much content is being produced here, and there is so much great support and feedback, so many outlets.”

Hopkins-Johnson clearly has a special place in his heart for poetry and self-expression. He recalls a quote he loves, stating poets of the world are the dreamers – they take words and shape them, to make (and change) politics, society… everything.

“We can manipulate language, instigate movement and change,” he said. “That’s the power of what poetry does. The experience of storytelling, of listening to each other, sitting around the campfire… There is something about that which turns on our dialogue. Each person’s struggle, each individual, is connected. Their narrative story can tell us a lot about our own story. This is what we gain from each other.”

For more info and to buy tickets for the Individual World Poetry Slam visit their website. You can also view their Facebook page here. 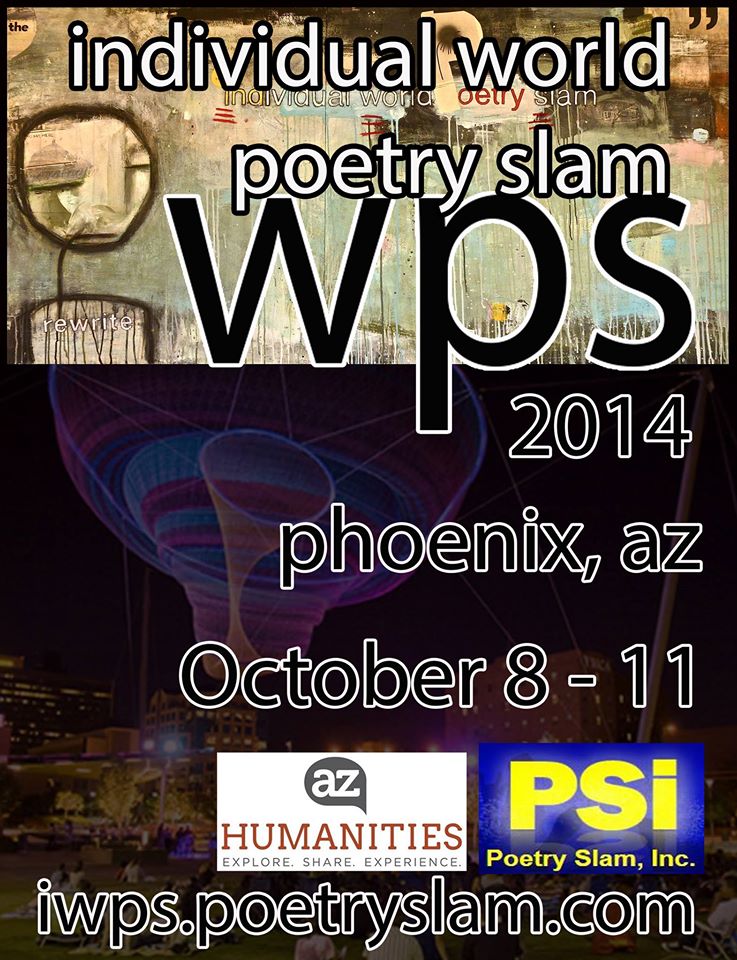