Burning Palms might be traveling the country on their whirlwind tour, but they didn’t leave behind their desert-based fans without a little token of their affection. A new remix of the track “Thorns” is now available for your (free) downloading pleasure and, I must say, this song has all the air of mystery and the subtle power that we’ve come to expect from these ultra-cool Tucson rockers. Listen to “Thorns” here and get ready for Burning Palms’ return to AZ in mid-November. We’ll keep you posted on show details.

Phoenix’s French Girls released the single “Summertime” just as the summer season was giving way to autumn. Whatever, it usually stays hot here for another month or two anyway, right? And, in truth, “Summertime” is an excellent little piece of the season to carry you through the haggard and almost-cold holiday season for every time you need that little bolstering power of sunshine, vacation trysts, and poolside fun. Listen to “Summertime” here. And head out to the Time Out Lounge in Tempe on Saturday (Nov. 1st) to catch French Girls live!

The Tucson act known as Whispering Wires made “By the Light” available to listeners recently and, rumor has it, this is just the first single from a forthcoming album tentatively titled (and subject to change) Bathroom Eyes. “By the Light” is full of energy and warmth. I expect a lot more fun from the band’s album if this first single’s impulses are deemed pure. Whispering Wires will be heading north to the Valley of the Sun to play at the Time Out Lounge on November 1st with some favorite local acts including JJCnV, French Girls (the above band), and fellow Tucsonians, Blanche Beach. Mark your calendar and, until then, enjoy “By the Light” here.

Logan Greene Electric is gearing up for their new EP due out in late December titled Dead Formats. “Get Over It” – the first single from that forthcoming release – captures that spirited pop punk power for a lively number that has us eagerly anticipating the new rest of the tracks on Dead Formats. Logan Greene Electric makes angst fun again. The EP is available for pre-order here through Diet Pop Records where you can also hear the single “Get Over It”. Do it. Do it now. 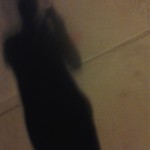 Gilbert band CONSUMER are relative newcomers on the scene but we’re digging their musical rage on the track “Demons”. Released over the summer, “Demons” is a punk song that has enough aggression and discord to bring it to the brink of metal without really crossing that threshold into full-on thrash. All you fans of fiery, feisty music should look into “Demons” here and, while you’re there, you can also check out a live song from CONSUMER called “Vassals” on their bandcamp page.