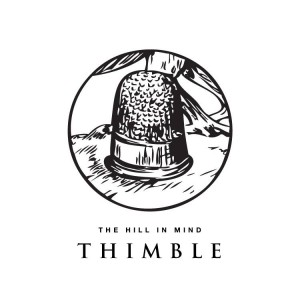 This is one of those albums that got completely overlooked. Even though I was a fan of their self-titled debut, even though I always try to stay apprised on new music, I somehow missed the September release of Thimble. It happens. Even good bands get lost in the shuffle and don’t receive our attentions at the time of their release. Thankfully, I stumbled across the EP last week and I’ve been enjoying it ever since. Thimble opens with “Seedy” and, almost immediately, discern a more fluid musicality. The theatrics of their debut are not abandoned, but integrated with far more grace on their latest release. The Hill in Mind sets a new scene for each song with textured arrangements and colorful fluctuations. Thimble proves almost minstrel (like Medieval musicians, not Al Jolson) with its gently sweeping songs. Tracks like “When I Am Laid in Earth” provide the listeners with something tangible to sink down into. Listen to Thimble here. 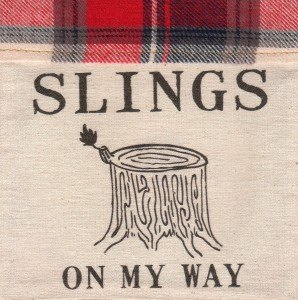 The beautiful harmonies that encompass the listener on On My Way feel like a warm flannel blanket on a frosty winter morning. The four-track EP opens with “The River”, a song that offers soothing in the face of sorrow. The second track, “On this Road”, continues the themes of strength for the weary in the gospel-infused, acoustic folk that marks Slings: earthen and honest and subtly stunning. “O, Father” almost beats out “The River” as my personal favorite from On My Way (almost) before “Return of the Cowboy” closes out the release. Featuring vocalists David Pope and Carol Deming, Slings is definitely a band you want to hear. Get your copy of On My Way here. Twenty copies of the album are available in a hand-sewn flannel and canvas case. 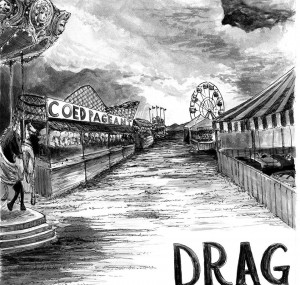 Gretchen and Bradley Bergstrand, the duo behind Coed Pageant, matriculated to Flagstaff from Urbana, Illinois by way of Northern California. In October, the band released Drag, a 6-song EP to follow-up The Four Seasons catalog, a series of four EPs divided by season. The lyrics heard on Drag go beyond simple storytelling to pensive introspection while musically offering a meeting ground between indie and emo. Coed Pageant seem to keep a pretty active tour schedule, but we’re hoping to see more AZ dates from Coed Pageant in the months to come. We’ll keep you posted, until then, listen to Drag here.