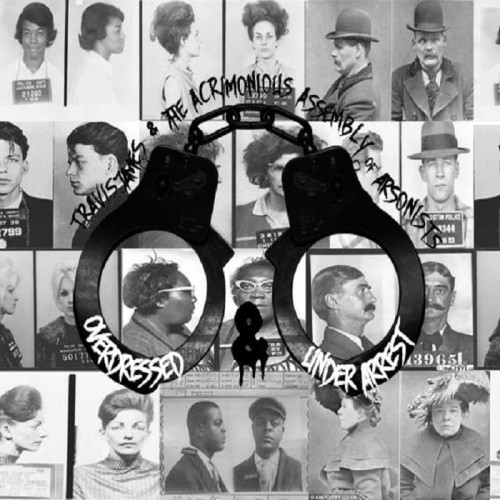 This was probably the hardest, most painstaking review of any record I’ve ever done here for the glorious Yab Yum, defender of arts and music (did I just rewrite the tagline?!).

For one, I know Travis James. Well, I don’t know know James, I know of him. Well, that’s not true I’ve met him a couple times. Once at a coffee house on Roosevelt Row, the other time on line in a grocery store. I was purchasing milk, he, uh, was not…

I take that back. I did see him and his band of folk punk anarchists perform at one of his gatherings under the bridge in downtown Phoenix. It was the first time I heard his music – and at the time I thought, “Hmm, this cat has something here…”

I searched out his previous efforts and I liked the songs very much, but when I told friends about his music and how much I dig it, I received a rash of shit, to be quite honest.

So when I heard he was recording a new album, over and over and over…and over on Facebook, from James (just kidding), the anticipation was so great I had this sinking feeling in my gut because if it wasn’t good, and I’m writing about it, and he, you know, he sings about burning down stuff, well, no one would be safe. 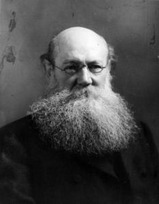 But I thank Mikhail Bakunin that the new album, Overdressed & Under Arrest is simply terrific. Dare I say, mature. GASP!

Let’s start with James’ absolute mastery of lyrics. Get your thesaurus out people, because James doles words out in a very intelligent verbose and quick-witted manner (thank gawd the lyrics are included).

Lines like, “I stopped measuring means to conveniently measure what I think my measurements mean” from the track, “Everybody Dies (The Night I Almost Died)” is just an example of the word play James employs throughout the entire record and I, for one, can’t get enough of it. Because here’s the thing: when it comes to punk, anger and ferocity is one thing, combine those with hyper-intelligent lyrics – well, ask Marx how that can change the minds of people.

As you may know, I don’t really dissect each and every track, I’m more like, “Hey, this is what I heard and this is what I thought”, so with that stated here goes.

“Special Delivery” kicks off the album with a great guitar riff, and of course, the “I’ll hold this chord to introduce the song” and I was thinking uh-oh, and then the song explodes into a burning, and I mean a lightning of guitar chords provided by James, accordion, I meant to say fiery accordion, supplied by Mark Sunman, and ripping drums, played by Aaron Hjarlmarson (I have no idea how he keeps up the beat without having a heart attack, but he does, and he does it very very well).

The swing that James has created for “Broken Kids & Bad Friends” is straight-up jazz. Put that against the crack of the snare, accordion and gang vocals about apathy, and, you got me kid. “You’re duller than me and less intrusive,” is probably my favorite line of the entire record.

Then, then…uh…I was floored by the next track, “My Girlfriends’ Boyfriends”.

Remember what I said about this being a more mature TJ&tAAoA? The most singable, yes, I said “singable”, is this gem here. When it first started playing, I was like, “Whoops, they put another song from another band on the record by mistake…” It’s got a great lead line, dare I say pop punk, but then goddamn if James didn’t put his mark on it. The accordion makes this track and keeps it within the framework of the songs that came before it. It’s remarkably unlike James, singing about unrequited love in such a sweet way… wait, did I just use the word, “sweet”? Not sure if Mr. James wants to hear this, but put this on the radio. Right. Now.

On “Everybody Lies (Truth Be Spoken)” James spins a story about well, lies. And the chorus is just fucking awesome and a must hear. The next time someone lies to me, I’m using that chorus to make my point.

The one thing that strikes me on the track “All Great Accomplishments” are the harmonies. James, doubling his own voice and I’m assuming Sunman is dishing in a couple of lines (only because he sings in the terrific The Haymarket Squares), but I could be wrong. No matter, the melodies and structure of the vocals, a signature of James to be sure, are intricate but yet hold on to the loose standard of folk punk.

Favorite track out of the ten besides that radio ready “My Girlfriends’ Boyfriends” (sorry TJ), “The Defense Rests In Peace”. Why? I think the lyrics and story line are the strongest of all the tracks and the use of the acoustic first verse (and subsequent verses) and then launching into a musical full-on attack on the overture is great songwriting. 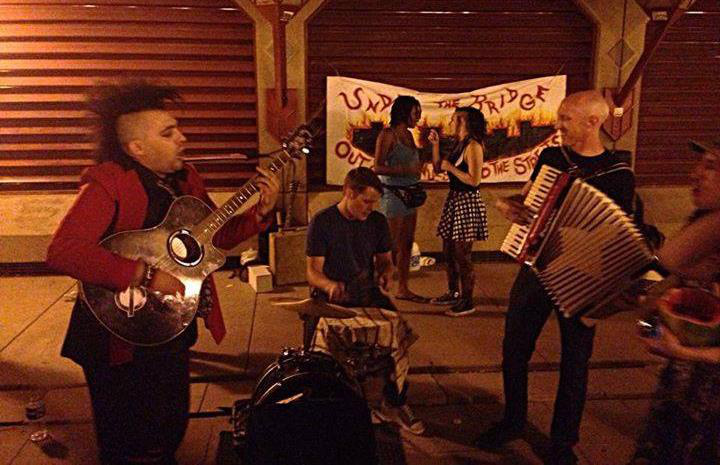 One more thing. One of my all-time favorite artists is Sage Francis – lyrically and musically. On Overdressed & Under Arrest, James brings the same remarkable and may I say, difficult phrasing syntax used by Francis, to his writing and vocal styling. But here James trumps Francis due to the fact that Francis is a spoken word artist and James sings throughout.

Go and buy this album, because Travis James & The Acrimonious Assembly of Arsonists (I had to copy and paste the name due to its length, so from all writers to you Mr. James, come up with a shorter name), this guys needs to be supported because he is original. The end.

By the way, Travis, did Meatloaf guest appear on vocals on “Eviction Ballad” or was that just my imagination?

Listen to Travis James & The Acrimonious Assembly of Arsonists’ Overdressed & Under Arrest on Bandcamp here.