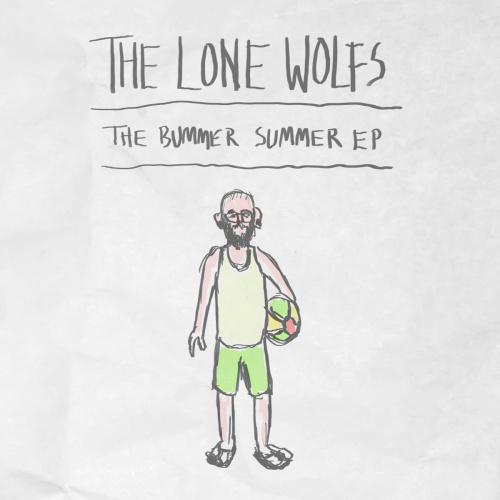 The Lone Wolfs is a Mr. Drew Dunlap side project whilst he isn’t playing guitar and singing in Northern Hustle. And, while the project moniker might work for other artists, The Bummer Summer EP is anything but a throw away record.

I listened to the record while I wasn’t feeling too good but the very first lead line from the first track, “Mistep”, elevated my mood and didn’t let me down. It’s rich, bright and just plain freakin’ happy. Which is ironic since the idea behind the album was a “bummer summer”.

If there were a top ten list in songwriting here locally, heck, nationally, universally, Dunlap would be on that list, if not at the top of it. And that’s not hyperbole. His guitar work on this record is clear, crisp, and inventive.

Along with the guitars, the lyrical content is fantastic. I believe that superb lyrics can raise a song that has a simple progression. Put great lyrics together with terrific guitar playing and you have magic. There’s also some really interesting harmonies as well as keyboards on the tracks. It’s that instrumentation that gives the songs a texture that is thick and ethereal.

I must say that “OK” is one of if not my favorite track. And, it didn’t hurt that Dunlap placed an “Easter egg” in that song that referenced, well, listen for yourself and see if you can find/hear it.  Well played, Drew, well played.

Another note: there are two demos on the Bandcamp, and they are better than most produced tracks I’ve heard.