This past Saturday night, I left the sanctity and safety of my couch to catch Gregg Myers, aka Peasant Boy Gregg, at the Ice House Tavern.

I caught the end of his solo set in Bisbee during the Sidepony Express Music Festival last year which, by the way, is coming up in November, so get your hotel reservations in, because there’s not many up there and they fill up fast (Public Service Announcement over).

Anyways, Myers is a staple in and around town playing originals at restaurants (yes, he actually makes money doing this stuff), so when I heard he was being backed by a full band, I was intrigued.

Myers is a rare bird indeed. His style is bluesy (John Mayer-esque, dare I say?), with great hooks, and a writing style that is complex and textured from a storytelling point of view. Intelligent twists of phrase are his trademark. Sometimes sarcastic, like his, “A Great Story to Tell”, that begs if one wants someone to believe something, anything, you got to have a great story to tell. Like, say, walking on water…yeah, that’s dripping with sarcasm eh? 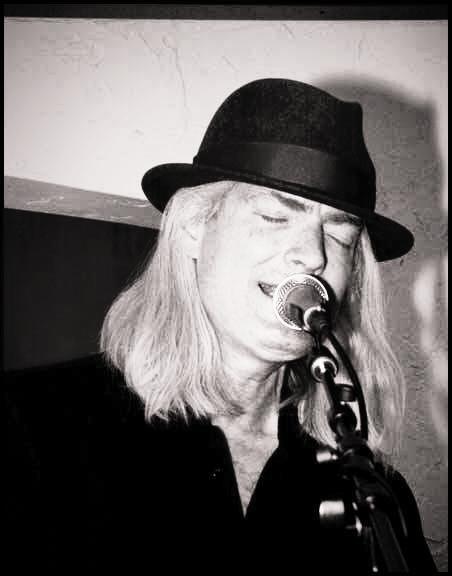 But other times the romantic in him comes out like in his song, “I Love You”. You see, I stated that Myers is a rare bird, and one big reason is that this cat does not record. Oh, he has hundreds of tracks recorded, but they’re all in his computer – he simply doesn’t release them. No Soundcloud, no Bandcamp, no CDs, not even a download card. What is it with the guy?

When asked “why?” he simply doesn’t feel the need to go to those lengths to feel accomplished. A philosophy I marvel at, to be sure (but come on dude, you’re making the rest of us all look like narcissists…). So when I give you a title of a song, I’m guessing, at best.

Back to the set. It was great. Peasant Boy Gregg, led his band, Peasant Empire (Patrick Hershey on bass, Vanya Hautimacki on drums, and Victor Milianti on lead guitar), through an hour long set and had me hooked from the get go.

Myers, an accomplished guitarist in his own right, who broke a string straight away on the very first chorus of the very first song, took his quiet and reserved solo stuff and gave it an injection of straight-up power blues.

A couple of things to note: Hautimacki and Hershey were a solid rhythm section and were in synch all night long. Considering that the two met for the first time that night, it was pretty remarkable. And, Milianti, uh, where did you come from brotha? His lead guitar work, sometimes scorching, sometimes thoughtful, as the song dictated, was freakin’ tremendous. Even Myers mentioned during his set that he was blown away by his guitar player. Oh, did I note that the pair had only one rehearsal before the show as well? I need to catch this guy out sometime (did I just say I was going to venture out at night…again?).

But the real hidden gem here is Myers. And when I say, “hidden” I literally mean it, because you, me, the world, can’t find his music online. And that is a damn shame. Because I wish you and the world could hear what I heard last night. Maybe by flooding his Facebook page we can all guilt him into recording and releasing this fantastic work.