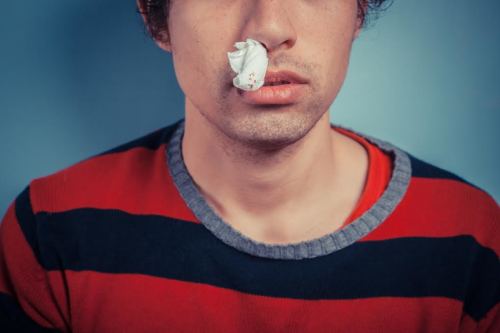 So, I get this album from my fabulous YabYum editors to review, er, give my opinion on it. And I swear to you, I started and stopped, wrote and deleted, then again, like, five times. That never happens. Well, yes it does, but you get the point.

I just don’t know what it was. Maybe I wasn’t feeling it, maybe I had other things on my mind, but I couldn’t quite get what I was feeling down on virtual paper.

Then YabYum posted something about getting pushy emails from bands asking, rather, demanding, they get reviewed. And then a subsequent poster asked, rather, demanded, for honest reviews, reviews that (according to the poster) would make the local music scene, better.

Really? Is that what you really want? Would it make the music scene, “better”?

Be careful what you wish for. Seriously.

Because here’s the thing: Over the past year of working for the glorious YabYum, I have listened to tons of records. Tons. But I’ve only written about, um, maybe 1/3 of them, probably less. Why? Because like my grand-pop used to say, “If you got nothing nice to say, don’t say it at all.”

Now the “tell it like it is” debate has been discussed over at YYHQ (BTW, the tiny sandwiches they serve are delish), for at least 6 months now – and most likely it was discussed before my time. And believe me, it is heatedly debated. We, as writers, get to pick and choose what albums we want to write about. Add to that, the editors do not tell us what to write. They do not have the writers on a leash. It’s one of the best things about writing for YabYum. And I’m here to tell you: the ones that get written about are the ones worth writing about.

Lemme restate: The ones that get written about are the ones worth writing about. Let that sink into your noggin’ for a second…OK, let’s continue.

And maybe that’s the telling sign, then, yeah? After all, what good would it do for us to go all mean girl on you?

For instance, I recently read a review of the new U2 album in Rolling Stone. Now, I’m not going to get into a debate over this band, seriously, I’m not. But the piece was such a blow job that I had to take two showers after reading it. Mainly because I heard the album and I definitely had my thoughts, but blowing Bono was not one of them.

YabYum isn’t in the business of coddling you (bands). We’re not. And yeah, most of the reviews are positive, but if you read closely (and you don’t because you have ADHD, most of you anyway, you’re musicians for christsakes), inside of the reviews you’ll find critical comments that support and guide, rather than slice and dice. It’s just how it goes, people.

Being critical is easy. I mean it’s crazy easy. Being positive is the hard part about listening to someone’s music, or looking at someone’s art, and writing honestly about what it evokes in you. There isn’t any directive telling us to keep things positive. There isn’t a“policy.” It isn’t a “rule” set down by the editors. It’s just the way it is. In fact, giving advice within the piece is encouraged. But if I get to pick what album I’m going to listen to on repeat for the foreseeable future while working on a piece, a shitty album isn’t going to win out.

So, if you’ve been waiting for a review of your band on YabYum and you haven’t seen it, take that as a “do better” on your next effort and just be glad your music wasn’t drawn and quartered in front of the entire, “scene”. Or, maybe, just maybe, there’s so many records to listen to we haven’t got to it yet.

*Editors Note: We really do have a lot of music waiting on coverage. Our current “Writers List” has over a hundred albums and singles waiting to be picked up for review. But Frank really has a point…