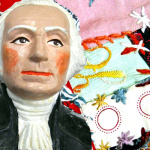 Hasty Escape is definitely high on my list of bands I want to hear more from. That being said, I’ve had “American Cheese” on repeat for several days now and I won’t be stopped! There’s a subtlety to this band’s true force. Hasty Escape has crafted an original sound from the same parts implemented by many other, far more mundane bands: folk, indie, and rocknroll. Hasty Escape arranges heartache from kitsch in “American Cheese”, making this a must-hear track. Listen to “American Cheese” here. Word has it, the band will be releasing a new, full-length album called The Filthier Things here shortly. I can’t wait. 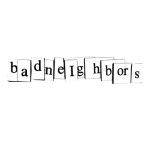 Bad Neighbors has been an under-the-radar favorite of many a local music afficiando for sometime but the band certainly has been pushing album sales on their true blue fanbase. No, in fact, seems like we’ve been waiting for an official release from Bad Neighbors for some time. The fusion of spoken word and rocknroll honestly works for Bad Neighbors. Honest. The lyrics fit, in no way detracting from the musicality of the Bad Neighbors’ listening experience. Give the two live tracks from Icehouse Demos a listen here and you’ll get what we’re talking about. 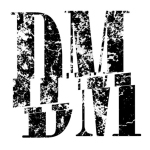 The single “Small Ships” first appeared on Dirt Moon’s first EP, The Cover Story. The band re-recorded the track to give their fans a listen to the updated Dirt Moon sound and you can hear the difference. The band has come a long way toward creating a more fluid sound, grinding down all the right rough edges. These days there is such a rush to record that most new bands don’t get the time to stew over their sound before entering the studio. Just listen to the dramatic difference between “Small Ships (2014)” and “Small Ships (2013)” – you can really hear what I’m talking about. 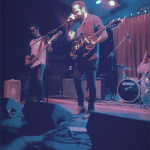 Live at The Flycatcher

The Tucson doom-rock group known as Horse Black dropped two live tracks recorded at The Flycatcher. The two-track single opens with “Lost’n Found” before moving into “17th” establishing Horse Black as a band I definitely want to check out live. Dark and melodic, rock with an edge but not overly aggressive in any way (for all you not-metal fans like myself, sorry readers). I might even make the drive down to Tucson to catch Horse Black at Club Congress on October 10th, but until then, I’ll definitely spend some time with Live at The Flycatcher beforehand. You can too, here. 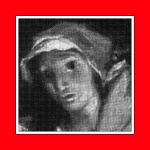 The lo-fi, experimental track, “Milk”, from Phoenix’s Local Wizards sounds like an erratic approached to music-making was implemented in its construction, but if you listen carefully, you’ll notice that the song maintains its structure throughout. “Milk” is thoughtfully constructed and represents Local Wizards continuing explorations of the limits of songcraft. If you go back a little further in the Local Wizards’ collection on Bandcamp, you’ll find a veritable garden of eclectic offerings. Start with “Milk” here.