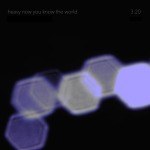 The first song I ever heard from Perry Allen immediately sealed my fate as a fan for life (see “take my bones to the valley” here) so you can begin to imagine my excitement when I heard he had joined ranks with an assembly of Valley musicians, including Megyn Neff and Jeff Naylor and several others to bring the total to eight (with an occasional 9th taking part too). Together as The Foster Family Band, they have released their first single “Heavy Now You Know”, a lively number with a nod to the West that I just can’t seem to stop listening to. The band describes their sound as “desert folk”, but you can definitely hear an Americana of the South over the Southwest. “Heavy Now You Know” is a must-hear so head here to check it out. The band is going to hole up for a couple months to focus on songwriting and rehearsing before they head into the studio in the winter months. We’ll keep you posted! 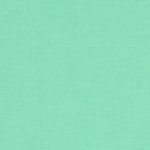 Tempe’s Instructions released their first single “Tony” from their new EP last month. Since that time we’ve been patiently counting down the days until we could get our hands on the rest of the tracks. Alas, the release show was slated for the 12th of this month at the recently lost Parliament. Now, it seems as if we might have to wait a smidge longer because the show’s been bumped to later this month (9/26) at the Trunk Space. The three piece attaches a “post-punk” tag to their sound but I’d say it’d lies closer to the pop-punk side of alternative. “Tony” is a single definitely worth the listen. And don’t forget to head out to the cassette release show (info here)! 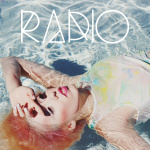 This sweet pop number was best describe by a staffer as “seduction in space.”  Not bad considering the artist describes her own sound as “cosmic hip-hop electronica, sent from outer space to Phoenix, AZ.”  Her single “Radio” was made just for that: the radio. Studio production meets savvy hooks for a ditty you’ll want to jam in rush hour. If you enjoy the sound Luna Aura has crafted for herself I suggest delving further into her tracks and checking out “Too Young To Die”, her single from May of this year. And her full EP is available through Spotify and Soundcloud. Don’t forget to listen to “Radio” here! 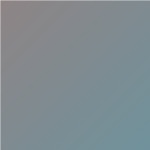 The Zoo Incident has been around for quite a few years now and we at YabYum enjoyed both their 2011 self-titled debut and their 2013 album Lovely. With the recent appearance of a new single from The Zoo Incident, we finally caught word that the group has a new EP in the works. “Certain Silences” offers us the first sample of the effervescent, electro-infused pop that defines the Tucson band, and the best part is, they are sounding better than ever. Listen to “Certain Silences” here and consider popping over to Bandcamp to purchase one of the band’s earlier releases that you might have overlooked in the past. They’re trying to drum up the funds for their next release! 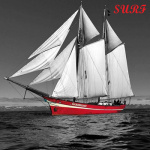 The mellow, instrumental surf sound of the appropriately-named act Surf, offers dynamic musicianship in place of lyrics in their first single “Tacos” from the Something in Between EP. Don’t enter into Surf expecting some sort of Dick Dale impression. These kids grunge up their sound, creating something that lies closer to proggy indie rock than the instrumental surf music of Dale or Man Or Astroman? for everyone that’s already drawn those associations in their minds. The EP is set for release on October 17th at Tempe Tavern so mark your calendars! Until then, you can enjoy “Tacos” from the forthcoming Something in Between here.