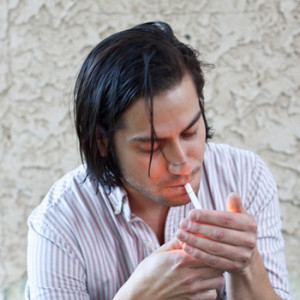 Before Bryant Vazquez took off from Flagstaff for Philadelphia, he spent some time in the studio purging himself of the songs that he’d written in good ol’ AZ. Caliber is one such collection to emerge from this recording time. The self-taught pianist and singer-songwriter locked himself away in Tempe’s Triskele Recording Studio and Caliber was created. It has some remembered favorites (like “Impeccable Pig”) and some hometown references (“I-17”). Caliber shows Vazquez flexing his songwriter’s muscles for this collection of ballads about love and loss, moving on and moving. Vazquez never seems to find himself short of pensive musings. Songs like “Ballad of the Worms (When it Rains)” truly impress me when I consider that Bryant is a newcomer to the piano who we came to know as a guitarist, but other moments on Caliber leave me in want of his next project, after his proficiency with the instrument has had time to develop further so we don’t hear quite so much pounding away and a little more texturing. Caliber has some truly exquisite moments, partly because Bryant has a voice that can deliver just about anything beautifully and partly because he provides lyrics you can sink into, hearing new parts each time you listen. Caliber can be heard here. 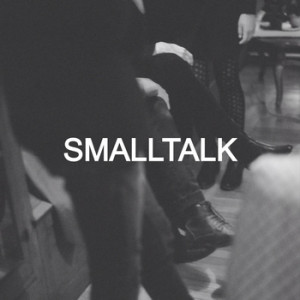 The self-titled EP from Sacramento’s Smalltalk offers a chill take on alternative rock, giving the album a dreamy feel in spite of the crisp guitars and pop vocals.  “Dream;Repeat” opens the five-track release that came out in spring. Don’t let the title fool you, this one isn’t a sleeper. It has a dynamic vigor that changes throughout the song; lulling in one moment and revving up in the next. “Hey Cool Kid” opens with a synthesized soundscape that moves into a more structured song as it progresses without ever losing that nebulous quality.  The third track on the album, “Monochrome”, hints at drone as the vocals flatten out and sink into the encompassing music, but it never really enters the amorphous realm of noise music. “Relapse” returns us to radio-ready alternative before the album closes with “The Love Song”. I’m a big fan of the love song in general and this one specifically is one of the album’s shining moments.  Smalltalk is totally listenable from beginning to end, never alienating, ever pleasing to the aural palates. At the same time, it never pushes into the realm of edgy despite the presence of many proficient guitar solos. Comprised of Shane Tiller (vocals/guitar), Alex Thompson (guitar), Natalie Cottle (keys) and Ryan Logan (bass), Smalltalk is a band to definitely keep an eye (ear?) on. If you like the softer side of radio rock, this album is for you. Listen to Smalltalk from Smalltalk here. 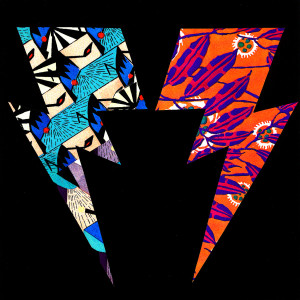 Released earlier this month from the electronic duo known as Mellow Bellow, Cough Drop offers listeners eight tracks of chillwave that might induce dreaming or dancing or, more likely, dreaming of dancing. The album opens with “Blood Oath” and, like many electronic/experimental albums, it is difficult to derive from whence the titles emerge when listening to the tracks. Maybe there is some connective thread between the song’s point of origin and the ultimate outcome. Or, perhaps, the connection is buried even deeper, in the fluffy folds of the subconscious. Either way, I wouldn’t know I was listening to “Tikka Masala” unless I saw the track list first. Cough Drop is not entirely instrumental, but the vocals incorporated into select tracks have an ethereal quality. They enter the sea of sounds without attempting to dominate. The exception (because there always has to be one, right?) is “Poser” where the vocals function as a seamless part of the soundscape rather than a mere vehicle for the inclusion of lyrics. The album closes with the down tempo number “Triple Five” – a personal favorite on Cough Drop for its sophisticated slink. Listen to Cough Drop here where you can buy it for your very own.