Just less than a year after we were introduced to Twin Tumors Vol. 1,  The Thin Bloods have unveiled their second volume for waiting fans. Opening the album is the despondent and slightly aggressive but lively number “You’re the Same”, kicking off six gritty tracks of garage rock with just enough angst to combat the boredom of a generation. The trio – comprised of Colson Miller, Brendon Garrison, and Jojo Caldwell – hit that place of aggression that falls short of action into the muddled sea of disaffection. This makes for some really rad and very present-tense rocknroll. The pinnacle of this emotional state occurs on “Wasted Time”, my favorite song from Twin Tumors Vol. 2, but the kicked up rowdiness on “Peter Was A Virus” definitely keeps it in contention. Closing the EP, and clocking in over 8 minutes, is the song “I Felt Fine.” The music takes on more of a indie, summery sound which sits in pleasant contradiction to the caustic edge on the vocals. The Thin Bloods released their cassette (yes, cassette) at the Crescent Ballroom in a dual-release with Playboy Manbaby, another personal favorite. If you missed the show, you can still get a hold of the cassette (and preview the EP) through Rubber Brother Records here. 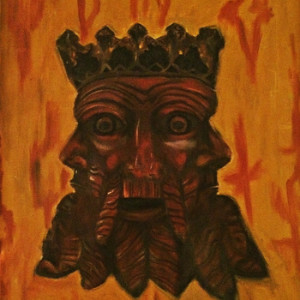 Walk on the Sun EP

The debut release from the musical duo known as Strange Lot is part of the re-invented psychedelic beach music wave (pun intended) that has all the kids riled up. What you find in the Strange Lot that you perhaps won’t find elsewhere is a terse lyrical approach, both earnest and adamantly bleak. The Walk on the Sun EP  opens with “Upside Dwners”, an early single from the release that made our list of “5 Stellar Singles” back in June. The second track “Stompr” continues the band’s aversion to vowels and love of distortion-fueled mind expansion. “Fiction” brings back that thread of sun and summer in the musicality while the words contained therein suggest something a little darker and a little more cryptic, before the fourth song (and title track) closes down the EP. You can catch Strange Lot live at The Trunk Space on Sept. 12, but before that happens, make sure you check out the Walk on the Sun EP here. 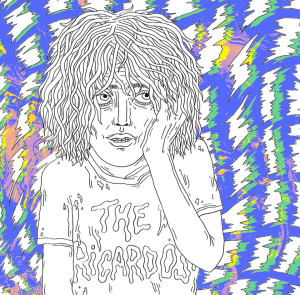 The Ricardos released their first EP titled EP #1 on Aug. 30th at The Trunk Space, Phoenix’s favorite all-ages venue. Good thing too because I don’t think any of the fellas are of legal drinking age. What they lack in experience they make up for in undiluted energy that comes right at the listener whether live or on their home-recordings. The EP kicks off with “Too Young to Grow Up” which goes to show that you are never too young to be obsessed with youth culture. The music is a descendant of 60s rock bands like The Kinks but there is definitely a strong contemporary impulse that echoes of bands like The Strokes. The Ricardos meander between rock and punk – a vast grey sea, I know. You can hear this oscilation between the last two tracks on EP #1: “Introvert” and “One for the Fat Lady”. You can preview EP #1 and even purchase your very own copy on cassette while supplies last right here.