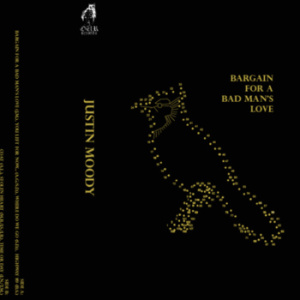 Bargain for a Bad Man’s Love

Now, I’ve met Justin Moody, briefly and in person. That being said, I didn’t expect the pensive undertaking that is Bargain for a Bad Man’s Love, the indie folk album recently released by Moody. Opening with the title track, the singer-songwriter creates a reflecting pool from which he draws his somber observations, interweaving intimate and memorable imagery. By the second track, “You Left for Now”, Justin Moody has established himself as a songwriter of substance in my book, crafting tracks for the listener to sink down into. “Highway 89” reveals Justin at his most Americana, his voice warm and earthen, for one of my favorite tracks from Bargain for a Bad Man’s Love, but it’s in contention with the charming ditty “Where Do We Go”. Justin Moody headed out for a short tour but he just got back on home turf so keep watch for this frequenter of house shows. This is definitely a musician you want to know. Listen to Bargain for a Bad Man’s Love now (here) and get in your order for the collectible cassette before they ship out around October 5th! 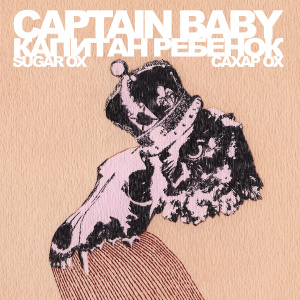 From the start of Sugar Ox, I found myself pleasantly surprised with newcomers Captain Baby, a band you definitely shouldn’t judge by its name. They’ve adopted a distinct experiemental-indie sound well suited to the Sunset Alliance label that counts them on their roster. The Mesa label is also home to diverse acts like locals Before Braille and L.A.’s Novi Split. And, now, they’ve have added a NYC band to their expanding Alliance. Sugar Ox opens with “I Say You”, a lyrically sparse but still quite catchy number. The fast paced “Bury Your Head” follows before “Be Ashamed” injects a darker tonality that I’m definitely digging. “Olive in the Ocean” is the first single from the album. One finds an element of the absurd in the lyrics with lines like “don’t believe a word that your trash can says / not a word” in the song “Olive in the Ocean” or how about “where did you get your money from, why am I made of bubblegum” from the song “Worshiping You”. You can hear elements from various influences throughout Sugar Ox, but I would say the one thing the album lacks is diversity within Captain Baby’s own style. They found a sound that works for them and now they need to flex that songcrafting muscle to really explore the dynamic reaches of that platform. Sugar Ox is debut release worth hearing (which you can do right here). I, for one, will be keeping an ear on what Captain Baby is up to. 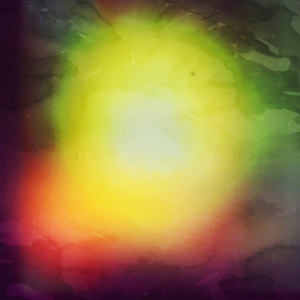 The dark and melodic music of Portland trio The Ghost Ease has just enough moodiness and grunge to reel me in on the first listen. “Luke”, the opening song, sets a doleful but captivating tone for the release. By track two, “Supermoon (in Scorpio)”, you’ll agree with me: The Ghost Ease is just cool. The intentionally dispassionate lyrics and stripped down garage rock made for a moody afternoon listen that I loved. The drone of “Canine” gives way to “Venus : Sagius”, a song that proves you don’t have to be static to have your own sound. The Ghost Ease Trio is comprised of Jem Marie (guitars & vocals), Fabi Reyna (bass), and Nsayi Matingou (drums). Their self-titled released dropped back in April of 2013 and word has it The Ghost Ease is gearing up for their next release. We’ll keep you posted on their new project. In the meantime, enjoy The Ghost Ease here. You can still get your hands on a limited edition vinyl copy while they last. Or, if you prefer, cassette tapes are also up for grabs.