In case you don’t know, a talisman is an object of religious, spiritual or magical significance. It can be an idol, a good luck charm, or really anything that one imbues with mystical properties. It’s an appropriate title for an album with otherworldly charm and allure that you can’t really explain. Like most talismans, it will mostly sit on your shelf or hide in your pocket. You’ll take it out on occasion to invoke its powers, but you know in your heart the magic isn’t real.Talisman by YUS is the sort of album that’s comforting to know it’s there for you if you need it, but you won’t actually listen to it very often.

That’s mostly because at its core, Talisman is a chill-out album. At times I found myself enraptured by the lushness of the synth pads and the steady, mid-tempo electronic beat tracks, but just as often my ear disengaged and my mind wandered. It’s never a good sign when you realize that two minutes have passed and you can’t remember anything you just listened to.

That being said, I was really impressed by many of the songs on Talisman, and YUS is an artist you should definitely watch out for. The album opener, “Superbeats,” is a moody, ethereal number that features the best use of a steel drum sample I’ve ever heard. It manages to suck the brashness out of the sound and infuse it with echoey calmness. The titular beats are less “super” than advertised; they’re not exceptionally powerful, but they are deliciously off-kilter.

“Nowadays (Remastered)” is another good track with a shuffling beat that sounds almost like a throwback to 90’s R&B. The omnipresent synth pads hide underneath the drum samples and blend together into a pulp. It’s not a wall-of-sound. It’s a pillow-fort-of-sound. The real draw here is the vocal melody that’s for once mixed above the rest of the instruments. The vocals rarely star on an album that’s often buried in its own chillness.

Talisman breaks that streak with “20 Million,” a song that doesn’t know where it’s going or what it’s doing until a minute and 15 seconds in. That’s when a wonky acoustic guitar hook sets the groove and the song builds itself into a crescendo thanks to some catchy melodies and pneumatic drum hits. In case you were worried, the crescendo stops well short of a true ovation. YUS is still determined to drive speed limit.

“Time Alone” is a confoundingly excellent song. If it weren’t for a stunning closer, it would be the album’s best. But first, let’s talk about YUS. YUS is the recording name of Phoenix-based artist Youceff Yunque Kabal. Talisman was recorded at his home over the course of three or four years. Maybe that’s why it’s so obstinately buckled down; he doesn’t want to wake the neighbors. On the aptly-titled “Time Alone,” even the hand claps sound cautious. That’s too bad because the drum track finally gets aggressive here thanks to a snarling snare sample. There’s a bit of much-needed swagger on this song.

We should discuss lyrics. There aren’t very many of them on Talisman and there doesn’t need to be. For the most part YUS treats vocals as another building block to be looped and stacked just like any other sample. Lyrics are typically perfunctory, though at times profound as on “Time Alone” and “Superbeats.” Other times they’re just dumb. “Vees and Exes” is all about the W’s, as the lyrics seem less concerned with actually expressing any thoughts and more concerned with avoiding hard consonants at all costs. Here’s a taste: “What do you have to say?/Why do you have to say/what you have to say?” This is a common tactic in YUS’s lyrics. The D’s and T’s are delivered softly and breathily, as if they don’t want to impose on the song. The rare words beginning with the typically salient K sound on Talisman are dulled, the snappiness of the syllable is reduced to a blunt static hiss.

I appreciate the attention to cadence. It’s something all rappers worth their rhymes master early, but too few pop singers consciously pay attention to it. I don’t know whether YUS’s cadence is simply an instinctual desire for softness or deliberately shy. Either way it robs the lyrics of an opportunity for rhythmic effect. Maybe YUS sums up his lyrical method the best on “The Way:” “I don’t have much to say.”

On “Zzz,” the lyrics consist of one sentence: “I can sing my way to a place that I belong.” Grammar aside, this song is finally where YUS belongs. The sublime steel drum sample from “Superbeats” is back and it’s transcendent. The synthesizer is majestic. The production is huge. Nothing I just said about cadence applies to this particular track, where YUS belts out the lyrics in rounds like an Afrobeat chant. Where this self-confidence was over the previous seven songs I do not know, but it’s most welcome. It’s such a shame that we have to listen to “Movenpick” immediately after. It’s easily the worst song on Talisman.

The lyrics here are bad. There are more of them on this song than the last four combined, but they’re riddled with cliches and grammatical travesties, including a rhyme-crime that will make you cringe. YUS must know they’re awful, because the vocals are almost whispered and buried well underneath the mix. Unless you read along you won’t know what he’s saying. You don’t want to. The brain-melting sample loops are so repetitive and droning, your mind will wander and a minute later you realize nothing has happened. It’s very hard to focus on this song – it doesn’t hold your ear and nothing surprising comes along to engage it. Tragically, it goes on for almost seven minutes.

YUS more than apologizes for it by following his worst with his best. “Now” grips you by the throat from the first orchestral stab sample right into the frenetic, apocalyptic drum loop. Immediately you’ll wonder when YUS transformed into an avant-garde, electronic chill-pop version of Prince. This is easily the most impactful track and the most confident on the album. It demands attention and doesn’t let go.

You should buy this album. The gems are worth the very affordable price, and you’re not meant to focus too closely on the thing as a whole anyway. It’s available on YUS’s Bandcamp page as a digital download, compact disc and limited edition 12-inch. You can visit YUS’s website here. 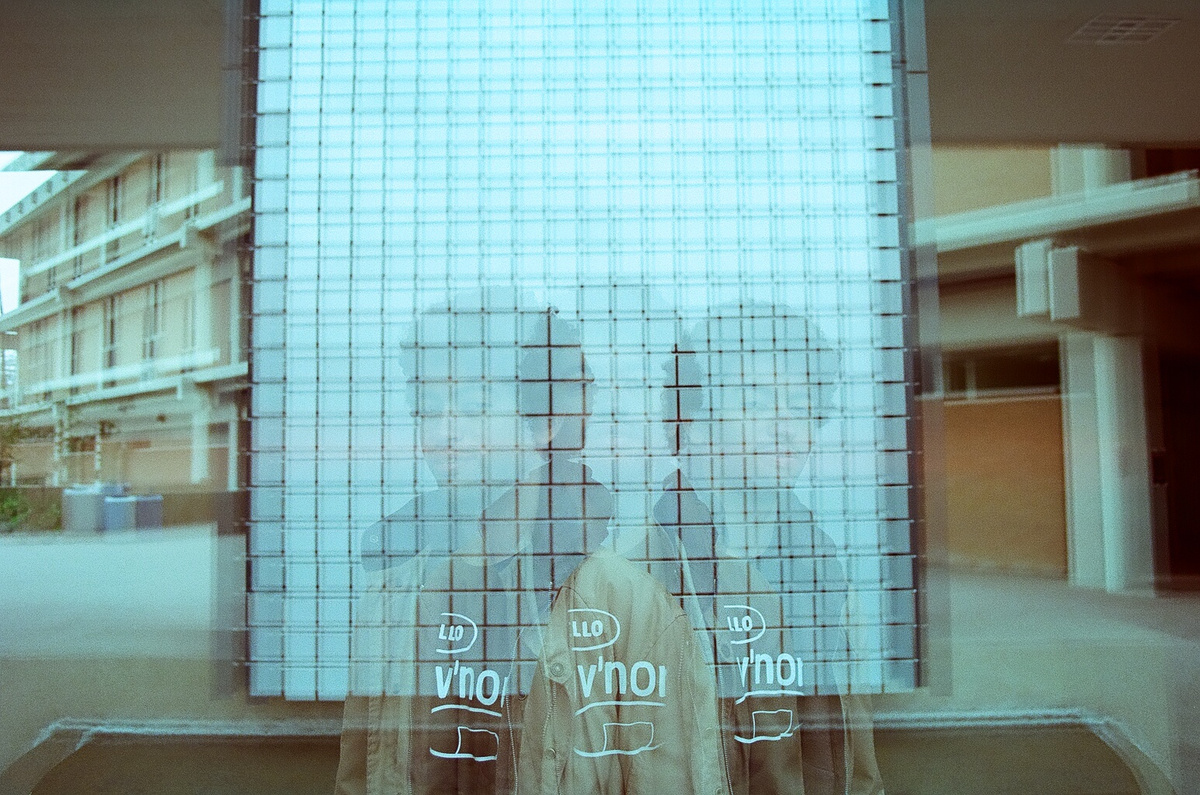