Jordan Prather is tired of waiting around. Faced with the prospect of marketing his new electro-pop project, Head Over Heart, in a city without much of an electronic music scene (outside of live DJs) – and the uncertainty, or even futility, of seeking label support – he simply started his own record label. “I wanted an all-encompassing production company,” Prather says. “Photography, video, songwriting, production, recording.” And the resultant label, Commercial Appeal, has already borne formidable fruit. The video for Head Over Heart’s song “You And Me”  has garnered thousands of views over only a few months; a video they made with Alex Italics will be released later this month, to high anticipation; and the label just released an EP, I Believe You, Liar, this past Saturday to favorable reviews.

Commercial Appeal is focused on promoting just a few artists at present. It remains to be seen whether the label will become anything like the powerhouse that is Topaz Records (which is mainly focused on Prom Body, to great effect) or, on the other hand, the enormous party that is Rubber Brother Records in Phoenix (which has released dozens of tapes from many artists). But no matter where the label ends up, Prather has already seen plenty of success promoting art with a very particular aesthetic – slick, sardonic, understated, professional – that is unique on the Tucson music scene so far. And for him, that’s really the point.

“There’s no cohesive sound” in the Commercial Appeal roster, says Clay Dudash, one of Prather’s labelmates. “The Topaz group, I’d say they have a sound… [but] we just wanted to make music that we wanted to make, and didn’t care about trying to fit into any groups or popular things that were going on here.”

Prather interjects, pointing at Dudash, “Oh, I hate his music.” Total deadpan. Dudash laughs. “Yeah, he put me on because he felt bad. It was like, ‘Let me help this kid out.’”

“Tighten up your jeans, tuck your shirt in, get your shit together, that’s what I said,” Prather continues, with the straightfaced cheek that characterizes much of his lyrics. And he may be joking, but he may be kidding on the square – Dudash’s image has come a long way from his self-presentation on the cover of January’s EP Keep You Company. It’s now the duo’s impeccable sense of style that ties them together. Commercial Appeal definitely has a look.

In Tucson, “I feel like a lot of musicians feel pressure to fit into one of… two camps,” 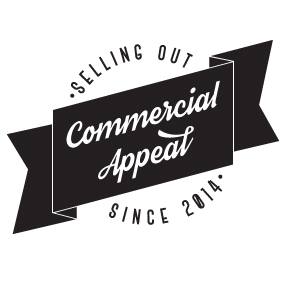 Prather says. The “desert rock” group, in other words, which includes such artists as Brian Lopez, Calexico, Howe Gelb – and the newer, Topaz-centered group, which Prather tentatively names “90s grunge punk,” “although I’m sure I’d be crucified for labeling it.”

“That’s one of the reasons why we connected early on,” he continues. He and his labelmates banded together to promote their diverse musical styles, in a town that they perceived as less supportive of nonconforming genres. It’s an interesting perception of Tucson, not shared by too many other musicians that I have interviewed. But then again, this Tucson Portrait series has focused on rock and folk artists so far – and although “rock” is an impossibly broad umbrella, the Commercial Appeal artists are not under it. “That’s not to say I don’t dig that music. I do, a lot!” Prather emphasizes. But for his own music, he has a different vision. And, increasingly, the tools to make it successful.

COLLABORATIVE PROMOTION: MAKE IT A POSSE

“We have everything we need to be an efficient and competitive production house,” reads Commercial Appeal’s mission statement. The label is a collaboration between Prather (and Belinda Peters, the other half of Head Over Heart); Dudash, a singer-songwriter; Neil Schwartz, who plays guitar with Dudash; and The Original Saku, a hiphop artist. 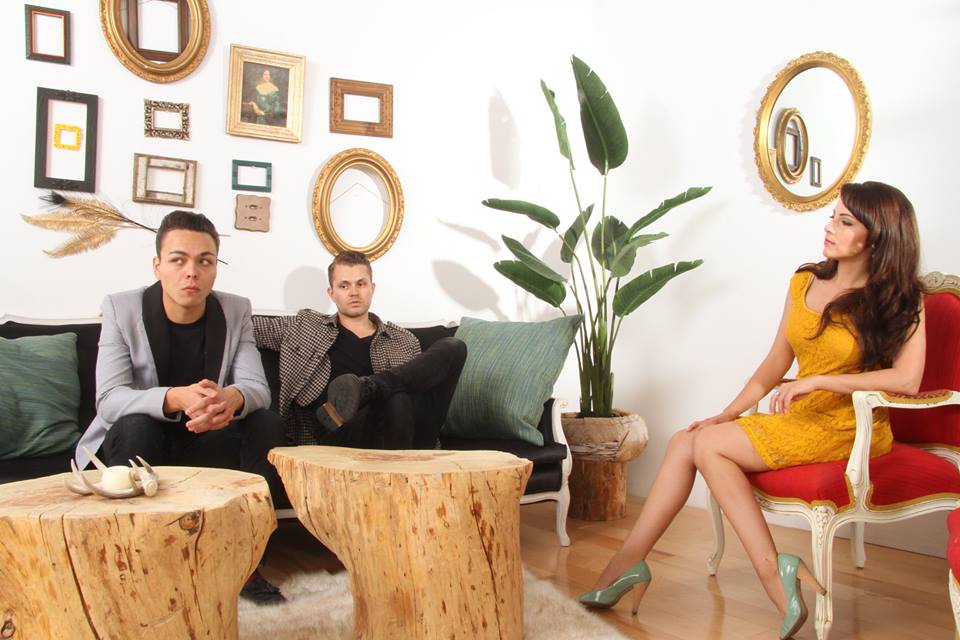 On the face of it, it seems like these would be very strange bedfellows. But they’re making it happen: Prather handles recording and mixing, Dudash handles the website and PR; Schwartz is the photographer and videographer. They all bring considerable experience to the table. Prather has a long history of recording in Tucson, working with such artists as Gabriel Sullivan, Hector Moreno, Jess Matsen, Gabriel Ayala – even Prom Body. Prather recorded their live performance at Topaz Tundra, and it ended up on a split tape with Seattle band WEED.

And Schwartz is a formidably resourceful filmmaker. His tightly-edited videos show an attention to detail – controlled color palette, tasteful and minimal use of effects, well-balanced composition – that is refreshing to see in Tucson’s amateur film community. You can see it beginning to form in his early video for Saku’s “Interlude” but it really flowers in Head Over Heart’s beautiful and odd “You And Me”. It is the absolute antithesis of Prom Body’s unhinged party aesthetic. And it’s really striking to see both styles coexist around an axis like Topaz.

Dudash offers a cross-genre interpretation. “In the hiphop world, they always talk about how they have a team, they have a posse. And I like to think of this as my team,” he says. “When I was doing stuff alone, I was doing the same thing, but now it’s just nice to know that even further, there’s more of a support circle… More shoulders to lean on.” Other artists might do well to follow this example; it’s well-known by now that you’re not getting a record deal. And you probably know people who know people who can get things done.

TOPAZ AS AN ANCHOR; 191 TOOLE ON THE RISE

“I really dig Topaz – Joel and Krysta are really cool, and the people that play there, like Prom Body is blowing up right now, and Katterwaul – I think it’s really cool what Topaz is doing. I think Joel has really helped a lot of those artists propel to the next level.” Prather has distanced himself from the sound that seems to be promoted by Topaz as a venue and label, but he is definitely a part of its community.

Dudash shares that feeling: “I would just go there, just go to shows, because I didn’t know where to begin getting into the Tucson scene” when he first came to town. “My whole mentality when I started coming around was just to get my face familiar to people.” His choice of venue was significant – it introduced him to a completely different Tucson community than he would have experienced at, say, the Red Room. 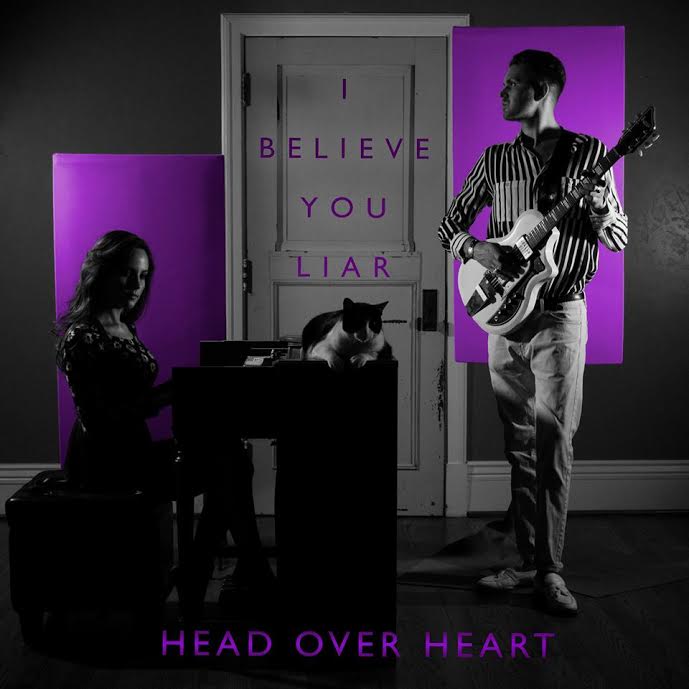 And there is another venue that Prather and Dudash consider the center of a community. That would be 191 Toole, the reincarnation of the old Skrappy’s in the warehouse arts district. “I think it’s cool that there’s the all-ages venue. It’s cool, and it’s gigantic! …They went in there, they fixed everything up, and they have capacity for a huge crowd.” Dudash recognizes the effort that Tom Collins and his allies put into rebuilding the venue, and into drawing ever larger acts to play here. But the venue is particularly notable because of its all-ages philosophy.

“All-ages venues are important, especially when it’s one that’s cool that’s downtown. Because when you’re a teenager is when you get really obsessively excited about music.” Dudash lacked such a place in his hometown. “If I was a teenager here in Tucson, I’d be coming out!”

For him, connecting with that younger set is crucial. “The biggest, most important response [to our music] has always been with the younger kids… they genuinely give a shit, because they’re not jaded by anything yet.” He continues, “They’re the best crowd to play for … when people really connect with it, they can’t wait to tell you how much they appreciated you playing.” Dudash and Prather recently experienced this when they opened for Bad Suns at an all-ages show. They got the rock star treatment, signing things and taking selfies with earnest new fans after their set.

Dudash contrasts this with Tucson’s older, drinking-age hipster set. “Whereas, when you get a room full of people who are maybe worried about looking cool, it’s like an NPR convention.” He laughs, but maybe he too is kidding on the square. 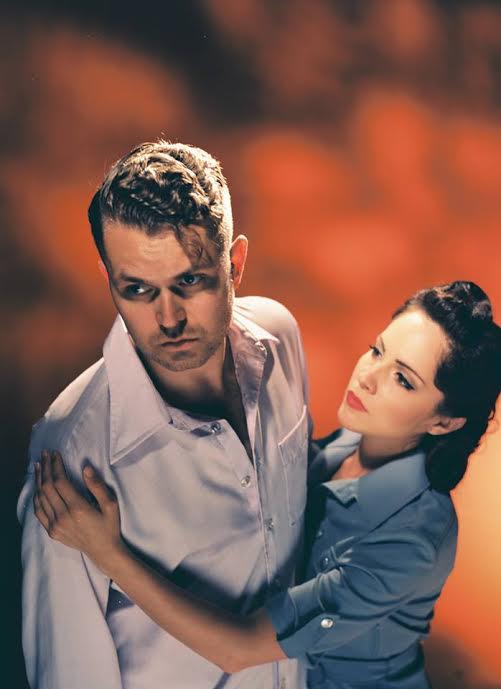 Prather recalls a time when Tucson was written up in SPIN as having a great scene. This was maybe 10 or 12 years ago. “I just think that the national attention we’re getting… it feels like it’s coming back around to that.”

Dudash concurs. “It’s a good place to be right now… Not just music. Culinary, the arts in general, we’re coming up.” People he knows tell him that they’re moving away, and he tells them “This is not the time to leave now. You fucked up.”

It’s an attitude shared by plenty of people here. Indeed, there are many aspects of Tucson’s scene that are coming under the national eye. Several bands here are signed to Burger Records, which was written up in the New York Times; Prom Body, Zackey Force Funk and Isaiah Toothtaker all recently had some coverage in national media. “The national attention? That does nothing but to help everybody as a whole,” Prather concludes. And, thankfully, jealousy seems to be at a minimum: the prevailing attitude is one of Tucson pride.

If Commercial Appeal Records proves anything, it’s that such pride and such communal effort can get real results – regardless of genre. And that’s pretty damn Tucson.

Head Over Heart
“You and Me”

Bob Hanshaw is a writer and musician based in Tucson. He plays bass for Sun Bones. You can follow #TucsonPortraits on Facebook here.