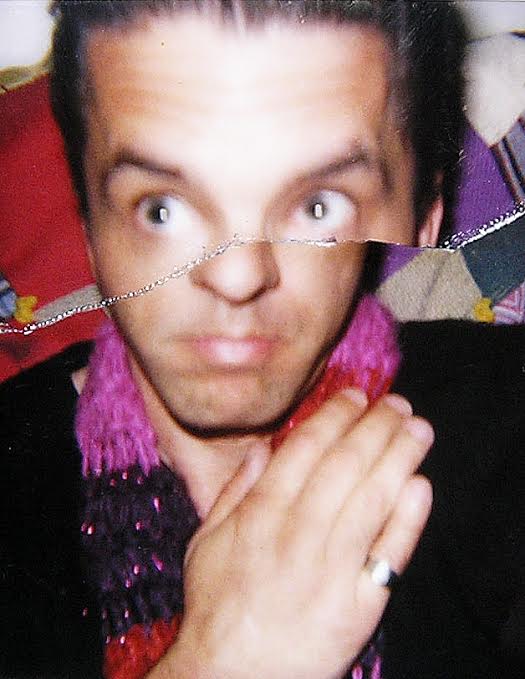 I first got my start in the late 80s, organizing an art exhibit in downtown Phoenix for painter, and convicted serial killer, John Wayne Gacy. We had been corresponding for a bit and I was able to show his art to Phoenix.

Shortly thereafter, I started my own space on 8th Ave & Madison (Gallery X), which not only featured local musicians/artists of the day, but provided a venue for the likes of Canadian pop artist ManWoman, underground NY filmmaker Nick Zedd, and touring bands as varied as Beat Happening and The Hafler Trio.

This was back when there was less than two dozen galleries downtown, and First Friday hadn’t been invented yet. 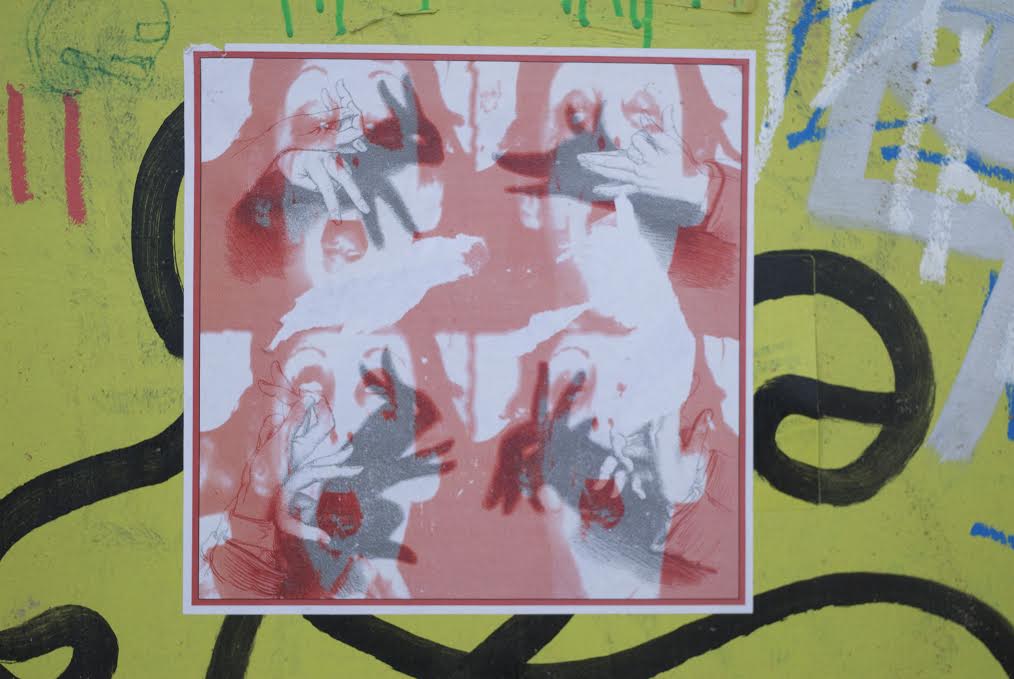 Anything, everything. It really depends on the day and what catches my fancy. I bore easily, so my inspirations change constantly.

Mid-October through early May, mostly.

My newest work is a public street art project, Shiny Happy People Happening. It consists of ninety-three one-inch figures, painted silver and gold, all semi-permanently attached to the urban surface on which they stand/sit in the downtown PHX core.

There is no list of locations, and the map description consists entirely of: “(From) Jackson to Roosevelt, between the 7s (Ave/St)”. As much as I totally love street art you can see from a block away in downtown PHX, my personal passion is art hidden in plain sight. A complete list or more detailed map would kind of defeat the purpose.

That said, I can add: The fewest numbered are nearest the 7th Ave/Jackson corner, and sculptural “population density” increases as you approach downtown center (which, for the sake of argument, let’s say is somewhere near Chase Towers.)

As far as where they stand or sit, discovery is in the urban details. One inch folks will avoid actual benches and public walkways, because they don’t want to be accidentally crushed by a Giant.

But where on or near buildings, or on other urban objects built atop our downtownscape, might they be… hidden in plain sight?

I have no answer for that, but the best plan might include bringing a child with you, as they are much better at spotting tiny shiny objects than your average adult, plus this public art is family-friendly, because the fun of discovery in the details has no age limit!

Shiny Happy is my latest street project, following last summer’s series of Paste-Ups (wheatpasted art) plastered downtown. Remarkably, a few of these can still be found a year later.

We’re recording new material right now, with our next show planned for October 18th at Trunk Space, as one of the opening acts for touring seminal noise-music band The Haters. 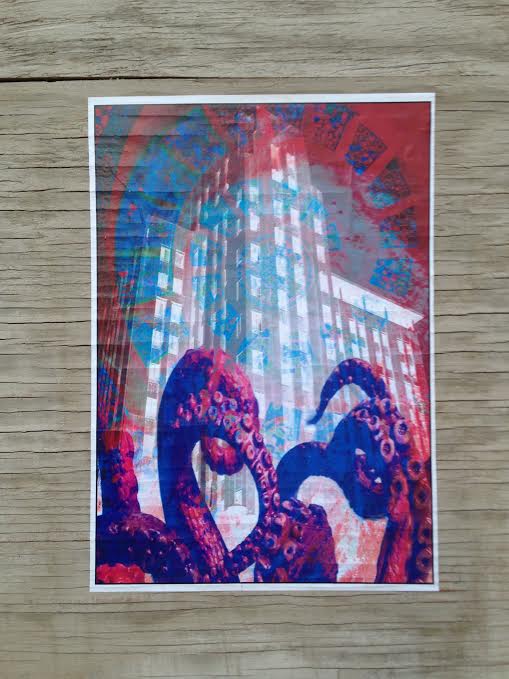 Learn how to better live real-life to its fullest.

My mantra is found in that moment where everything is quiet and the mind is totally clear, it’s the wordless comfort and inspiration of silence.